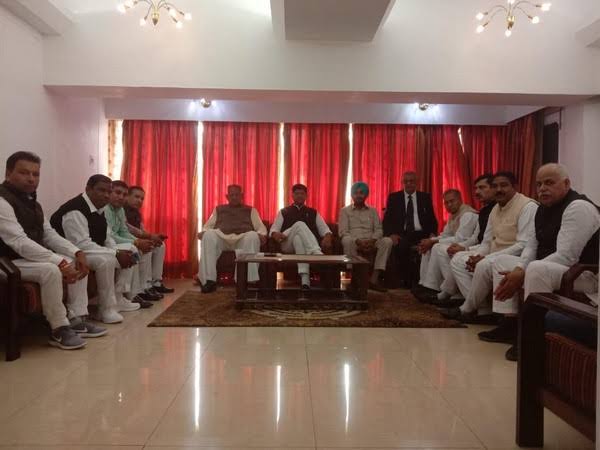 The expansion of the Haryana Cabinet is set to take place on Thursday with new ministers slated to be sworn-in at Haryana Raj Bhawan later today.
Ahead of the swearing-in ceremony, Deputy Chief Minister Dushyant Chautala, state President Sardar Nishan Singh, and Principal General Secretary K C Bangar convened a meeting of their party leader. A meeting between Chief Minister Manohar Lal Khattar and Deputy Chief Minister Dushyant Chautala was also held earlier this week.
It has been learned that previous ministers, who have won during the recently held Haryana Assembly elections, maybe given ministerial berth.
The seven Independent MLAs who extended their support to the BJP-JJP government will have to be adjusted.
Five out of these seven Independent leaders held a meeting in Delhi on Tuesday in this regard.
The Haryana cabinet can have a maximum of 13 ministers including the Chief Minister and Deputy Chief Minister, out of which three ministerial berths set to go to JJP, one or two may go to Independent, rest of them would be decided by the BJP.