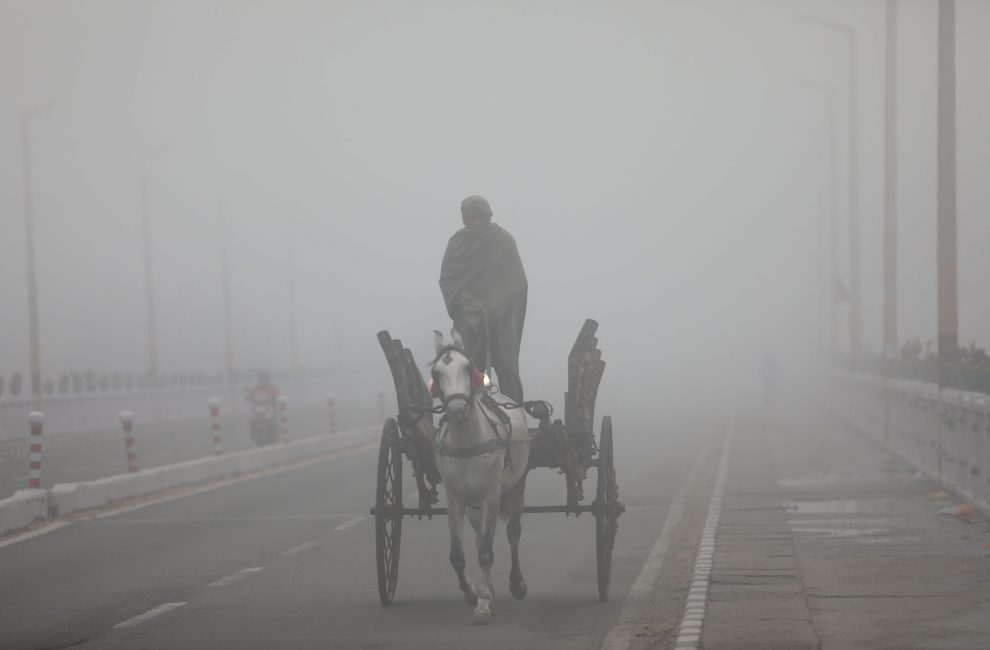 Jammu: The night temperatures in Kashmir and Ladakh went below freezing point on Monday while dense fog in Jammu and Kashmir city of Jammu and Kashmir affected air and ground traffic.
The MeT has forecast mainly dry weather till December 21 and has predicted a further fall in night temperatures in both the union territories.
In the city of Srinagar, the streets are covered with thin layers of water, usually seen after December 21, when the ‘Chillai Kalan’ is followed by a 40-day harsh winter period.
A thick sheet of fog in the low-lying areas disrupted air and ground traffic in Jammu city, which recorded a temperature of 9.5 degrees Celsius.
The minimum temperature in the valley and Ladakh reached below freezing point.
The minimum temperature was minus 1.4 in Srinagar, minus 6.7 in Pahalgam and minus 9.5 degree Celsius in Gulmarg.
Leh in Ladakh recorded a minimum night temperature of minus 13.2 and Kargil minus 11.8 degrees Celsius.
Katra recorded a minimum temperature of 7.2 degrees, Batot 0.2 degrees, Banihal minus 1 degree Celsius and Bhaderwah minus 1.4 degrees Celsius.