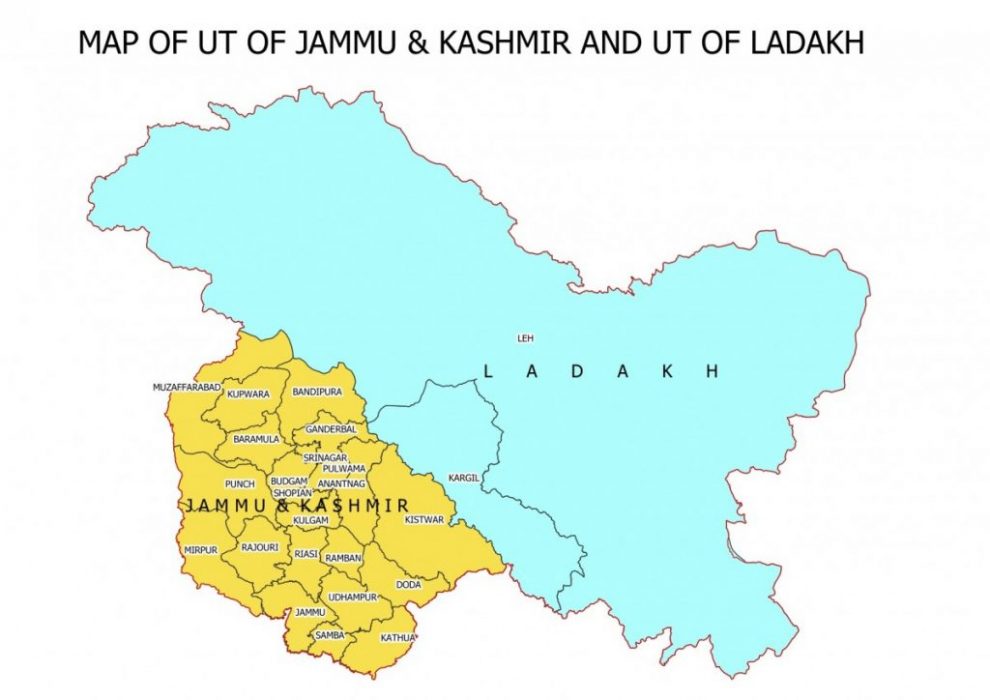 BJP tells panel it should not rely only on population, seeks special attention for difficult terrain; NC MPs boycott proceedings

Srinagar, Feb 18 (KNO): The delimitation commission constituted by the Central government to draw boundaries for Assembly segments of Jammu & Kashmir on Thursday held its maiden meeting with Members of Parliament (MPs) of Bharatiya Janta Party (BJP) from the Union Territory while National Conference MPs stayed away from the meeting.

As per news agency the panel comprising of the chairperson (retd.) Justice Ranjana Prakash Desai, ex-officio member Sushil Chandra (election commissioner) and ex-officio member, K.K Sharma (State Election Commissioner, J&K) today held a meeting in New Delhi with the Associate Members from Union Territory of Jammu and Kashmir for seeking their suggestion/views on the process of delimitation.

The two associate members from BJP Dr. Jitendra Singh and Jugal Kishore appreciated the Commission’s efforts and suggested that delimitation of constituencies shall be as far as practicable, be for geographically compact areas and while delimiting them regard shall be given to physical features; existing boundaries of administrative units; facilities of communication and public convenience.

“They also suggested to give special attention to the difficult terrains while carrying out the delimitation exercise in the Union Territory of Jammu and Kashmir,” reads the handout “The members desired to put forward more suggestions in coming days,” the handout further states.

According to sources, BJP members suggested to the Commission that it should not rely only on population but geographical conditions of Jammu region should be taken into consideration while carrying out the process.