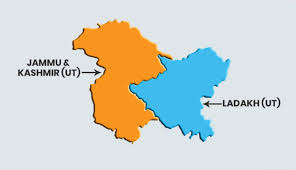 Jammu: After collecting data from Jammu & Kashmir Union Territory, the delimitation commission constituted by the Government of India would soon hold deliberations with associate members from the UT.

“The commission is expected to hold meeting with associate members from Jammu and Kashmir,” they said, adding that National Conference has already decided to boycott the process.

In a statement issued on May 30, NC , whose three MPs were nominated as associate members of delimitation commission by Lok Sabha Speaker Om Birla, rejected the process.

“This Delimitation Commission is a product of the J&K Re-organisation Act 2019, which NC is challenging both in and outside the Supreme Court. Participating in this Commission will be tantamount to accepting the events of August 5, 2019, which the NC is unwilling to do,” the party had said.

The delimitation commission is mandated to fix boundaries of 90 Assembly seats and reserve seats for Schedule Castes and Schedule Tribes.

Sources said that office of J&K’s Chief Electoral Officer has submitted all data sought by the delimitation panel.

“We have submitted details like population data, administrative units, maps of constituencies to the panel,” an official disclosed.

“The appointment of Justice (Retd.) Ranjana Prakash Desai shall be for a period of one year from the date of the publication of this notification in the Official Gazette or till further orders, whichever is earlier,” read the notification issued by Union Law Ministry.