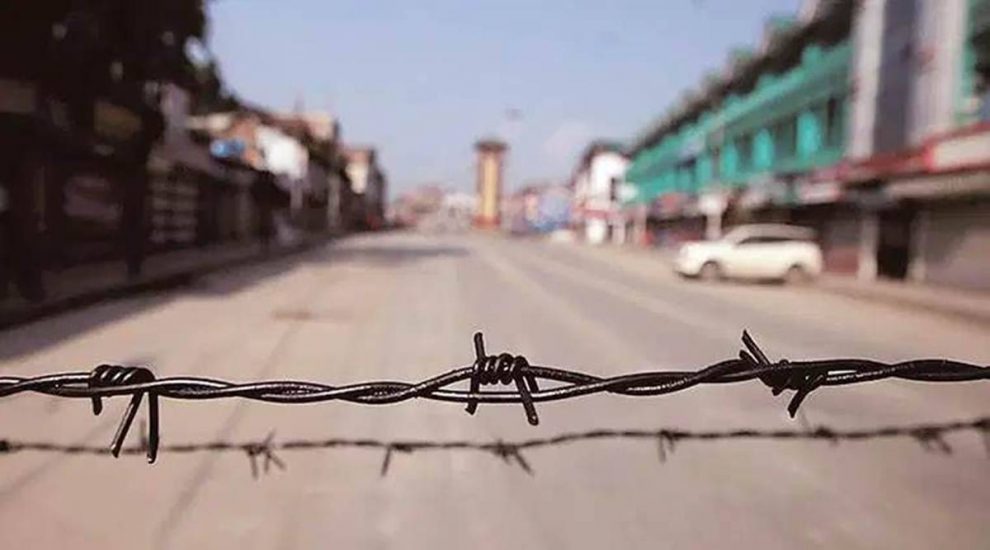 Jammu: A commission redrawing poll constituencies in Jammu and Kashmir (J&K) has received at least 290 representations from political parties and stakeholders.

As per the reports, The delimitation commission — set up by the government in March 2020 — met representatives of all major political parties in J&K in Srinagar last month, except the Peoples Democratic Party (PDP) which boycotted the process.

As per the reports, all representations will be carefully assessed before any decisions are taken.

“The commission will do a detailed study of the representations, then have a meeting with the associate members,” this person said on condition of anonymity.

The commission will be redrawing assembly segments based on the 2011 census and has nearly nine months left to do so. It will carve out reserved constituencies for the first time in the region and likely add seven more seats.

The National Conference — the biggest mainstream party in Kashmir participating in the exercise — asked for the process to be conducted after statehood is restored. J&K’s special status and statehood were scrapped by the Centre in 2019.

“(The) delimitation exercise would be a credible effort in strengthening democracy only after full statehood is restored to J&K,” NC said in its representation.

“While reiterating our stand and without prejudice to the submissions made above, we request you and other hon’ble members of the commission to carry out the delimitation exercise in a free, fair and transparent manner so that the unity and integrity of the state is safeguarded. Population has to be the only norm as has been the practice here in the past in J&K and elsewhere in the country,” the representation added.

NC spokesperson Tanvir Sadiq said that the commission needed to be fair and transparent and address people’s concerns.

The Congress requested the commission to circulate its draft proposal for feedback and said every region should get its due.

“People of Jammu and Kashmir have grave apprehensions of preconceived political prejudice governing the Commission’s final recommendations with a view to give unfair and undue advantage to a particular political party and to the exclusion of democratic rights of the people for a just and amicable delimitation process and particularly to put the mainstream political parties in a disadvantageous position on account of innate unfairness,” the party said in its representation.

“It is, as such, incumbent upon the delimitation commission, which is a constitutional body, to stand by the test of equity, equality, fairness and transparency as per the mandate given to it by the Parliament of India and to conduct the delimitation exercise with utmost integrity, in accordance with the established and time-tested principles and without a shade of bias and unfairness towards the ruling party at the Centre,” the representation added.

The BJP, in its representation, sought the release of 24 constituencies that are part of Pakistan Occupied Kashmir and kept vacant in the J&K assembly. The party also demanded reservation for PoK refugees, three seats for Kashmiri pandits, scheduled castes and scheduled tribes and other neglected people. The party also demanded adequate representation, the party said.

Delimitation is a contentious process in J&K that gathered momentum after Prime Minister Narendra Modi met members of 14 political parties in the region at a landmark event in Delhi in June. Modi stressed on the importance of delimitation and said participating in the process would pave the way for fresh elections and statehood.

After the meeting, NC decided to end its boycott of the exercise. But concerns remain in J&K that the redrawing of constituencies will tilt the balance of power from Muslim-majority Kashmir — which currently has 46 seats in the 87-member assembly — to Hindu-majority Jammu, which has 37. The commission has repeatedly said it will conduct a fair and transparent exercise.