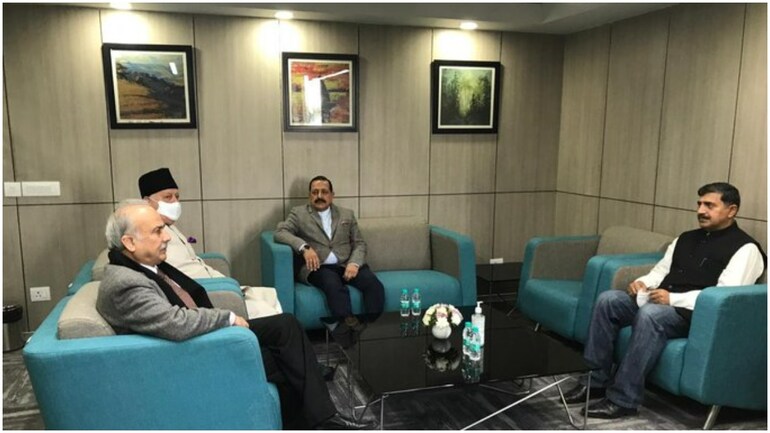 Proposed electoral map to be put in public domain for feedback

SRINAGAR: The National Conference (NC) and Bharatiya Janta Party (BJP) on Monday submitted their objections and suggestions over the draft delimitation proposal.

While on the other hand, the proposed electoral map of Jammu & Kashmir is set to be put in the public domain soon to seek feedback from different stakeholders.

Sources said that the proposals for delimitation of assembly and parliamentary segments would now be published in the gazette of India and the gazette of Jammu & Kashmir to seek suggestions/ objections from general public.

“These proposals would be unveiled soon for feedback. Subsequently, the commission would invite objections and suggestions from different stakeholders over them,” they said.

According to sources, these suggestions/ objections received from public/ political parties will be considered by the commission in public sittings which will be notified on the day when proposals would be published in the gazette of India and the gazette of J&K.

Meanwhile, both National Conference and Bharatiya Janta Party MPs have today submitted their suggestions/ objections over the draft delimitation proposal.

Talking to KNO, NC MP from Anantnag Lok Sabha segment, Justice (retd.) Hasnain Masoodi said that they have handed over their suggestions/ objections to the delimitation commission today.

“We have reiterated the party’s stand that the entire exercise offends the constitutional values and propriety,” he said. The MP said that they have submitted that how population, which is the main criteria for delimitation, has been ignored during the exercise.

He said that they have also objected over changing names of constituencies like  Batamaloo, Habba Kadal, Amira Kadal which are associated with our history and culture.

“This obliteration of names is an assault on our culture and an attempt to mutilate our history,” he said. It has been learnt that BJP MPs have also submitted their suggestions/ objections over the proposal. Three NC MPs and two BJP MPs from J&K are associate members of the delimitation commission, which was formed on March 6, 2020 to redraw the electoral map of J&K—(KNO)