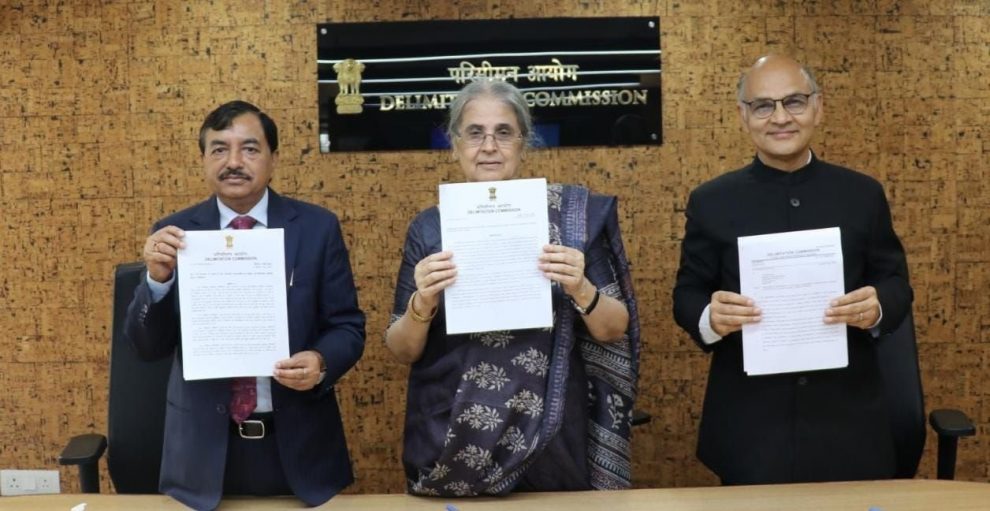 Jammu: In a major surprise, the Supreme Court has accepted a petition filed by two little known political activists challenging the Delimitation Commission of Jammu and Kashmir.

The Apex Court has posted the case for hearing on August 30 and issued notices to the Government of India, Government of Jammu and Kashmir and the Election Commission of India.

The petition has been filed by two Srinagar based residents namely Haji Abdul Gani Khan and Dr. Mohammad Ayub Mattoo. Khan and Mattoo are believed to be junior political workers, known for their association with the Congress. They challenging the government’s decision to constitute the delimitation commission for redrawing the assembly and Lok Sabha constituencies in the Union Territory

On Khan’s and Mattoo’s petitions, Supreme Court bench of Justices Sanjay Kishan Kaul and MM Sundresh issued notice to the Centre and Election Commission of India and sought their responses within six weeks and said that the rejoinder affidavit shall be filed in two weeks thereafter.
At the outset, counsel appearing for Khan and Mattoo, said that contrary to the scheme of the constitution, this delimitation exercise was carried out and alteration of boundaries and inclusion of extended areas could not be done.
The bench said that the delimitation commission was formed sometime back and asked the petitioners, where were they during that time and why did not they challenge the constitution of the commission.
The counsel said that as per the delimitation order, it is the election commission that is empowered to do any changes.
The bench said that it is asking a specific question under Article 32 of the constitution why you have not challenged the formation of the commission itself and do you challenge the abrogation of Article 370 also.
The bench told the counsel, who was making objectionable submissions, to choose his words properly and said that Kashmir was always part of India and just a special provision was removed.
Solicitor General Tushar Mehta said that effectively the plea is two-fold and that delimitation can be conducted only by the Election Commission of India and not the delimitation commission.
Mehta said that secondly, they have raised questions about the census.
“The answer to the questions is in the reorganisation Act. There are two types of delimitations. One is geography which is conducted by the delimitation commission and the second is by election commission with regard to reservation of seats”, he said.
Mehta said that the petitioners’ case is that once Article 370 is gone, the census will only take place in 2026.
The bench then noted that the petitioners have not challenged the abrogation of Article 370 of the Constitution and therefore pleadings concerning Article 370 are to be ignored.
It said that the challenge is about the delimitation pursuant to the notifications of March 6, 2020, and March 3, 2021, and directed the Centre and ECI to file their replies.
Counsel for the petitioners said that the government will place the delimitation order before Parliament and it further complicates the matter.
The bench told the counsel that he wants the court to stop the government from tabling the paper before Parliament, “If you were too anxious, then why didn’t you take it up two years ago?”.
It posted the matter for further hearing on August 30.
The plea sought declaration that the increase in the number of seats from 107 to 114 (including 24 seats in Pakistan Occupied Kashmir) in Jammu & Kashmir is Ultra vires the Constitutional Provisions such as Articles 81, 82, 170, 330, and 332 and Statutory Provisions, particularly under Section 63 of the Jammu & Kashmir Reorganisation Act, 2019.
It said that while Article 170 of the Constitution of India provides that the next delimitation in the country will be taken up after 2026 then why has the Union Territory of Jammu and Kashmir been singled out? The plea said that the last Delimitation Commission was set up on July 12, 2002, in the exercise of powers conferred by Section 3 of the Delimitation Act, 2002, after the 2001 Census to carry out the exercise throughout the country and the commission had issued guidelines and methodology for the Delimitation of Assembly and Parliamentary Constituencies vide letter dated July 5, 2004, along with the Constitutional and Legal Provisions.
“It clearly stated that the total number of existing seats in the Legislative Assemblies of all states, including UTs of the National Capital Region and Pondicherry, as fixed based on the 1971 census shall remain unaltered till the first census to be taken after the year 2026”, the plea settled by senior advocate Ravi Shankar Jhandhyala said.
It sought to declare the notification dated March 6, 2020, constituting the delimitation commission to take up delimitation in the UT of J&K and states of Assam, Arunachal Pradesh, Manipur, and Nagaland by the Centre and consequential omission of Assam, Arunachal Pradesh, Manipur and Nagaland from the process of delimitation vide., notification dated March 3, 2021, and conducting delimitation only for Union Territory of Jammu & Kashmir is unconstitutional as it amounts to classification and violates Article 14.
On March 6, 2020, the Union Government, Ministry of Law and Justice (Legislative Department) had issued a notification in exercise of power under Section 3 of the Delimitation Act, 2002, constituting a Delimitation Commission, with former Supreme Court judge (Retd) Ranjana Prakash Desai as Chairperson, for the purpose of delimitation of Assembly and Parliamentary constituencies in the Union Territory of Jammu and Kashmir and the state of Assam, Arunachal Pradesh, Manipur, and Nagaland, for a period of one year. 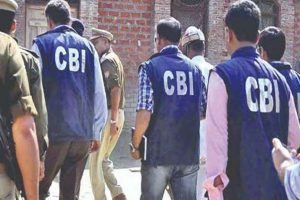