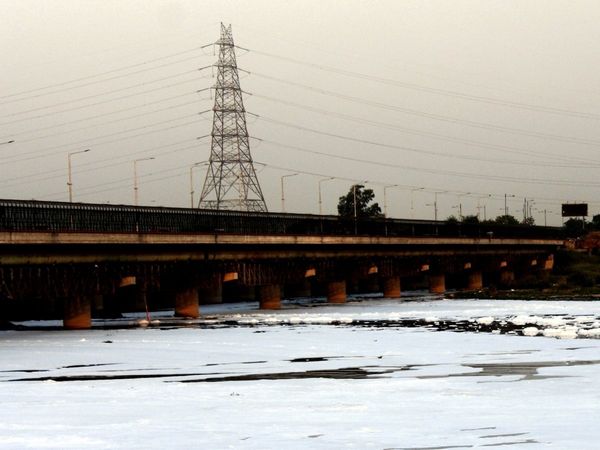 River Yamuna continues to suffer due to its prolonged battle against encroachers, and illegal farming and construction on its floodplain. With the accumulation of toxic foam on the river surface to dumping tonnes of sewage into the river, the condition of Yamuna is worsening with every passing day.

In the recent past, National Green Tribunal (NGT) had directed in its judgement that the Yamuna floodplain must be freed of all encroachers and land must be protected by installing CCTV cameras, stationing security guards and constructing boundary walls. Also, signages must demarcate the floodplain area. Despite all of this, encroachers continue to thrive in the leftover land on the course of the river.

According to the Draft Master Plan 2041, Yamuna floodplain zone-O shall be characterised into two parts, that is, zone-O and zone-O-ll, where the existing unauthorised colonies will possibly be allowed to exist in the latter division of the floodplain. However, as per the experts, this may put the river ecosystem in peril.

Encroachers continue farming on the floodplain

In 2015 and again in 2019, NGT in its order had banned any sort of farming on the vulnerable Yamuna floodplain. The reason cited for this was, according to the study carried out by several agencies, the vegetables grown in the floodplain area could be potentially toxic due to the polluted water of the river Yamuna. However, farming still persists in Geeta Colony, Madanpur Khadar and Jaitpur, reported The Times of India.

Initially, after NGT’s order was issued, the Yamuna floodplain got rid of dozens of farmers. However, two years later, the scenario has changed to what it was previously. Farming has, reportedly, been resumed on the floodplain.

“The pandemic has made it even more difficult to earn money. We have no other source of income,” said Beena Kumari, who grows cauliflowers near Geeta Colony which is a proscribed area.

Farming is not the only cause of worry for the floodplain. A much more grave concern is the illegal construction of colonies and three-four storeys high houses on the river’s zone-O. Notably, it is illegal to carry out any commercial or construction activity in the zone-O as it poses a risk to the floodplain ecology and may also cause floods.

According to reports, illegal colonies in Jamia Nagar have now stretched all the way to the riverbanks – adjacent to where Delhi Development Authority’s (DDA) latest biodiversity park is located at Kalindi Kunj. It may be noted that a total of 76 unauthorised colonies had applied for ownership under the Pradhan Mantri Unauthorised Colonies in Delhi Awas Adhikar Yojana, out of which, 71 colonies come under zone O-II. This can possibly pave a way for their legalisation.

Buildings constructed only 500 metres away from the river

At Jatipur Extension, several buildings have, reportedly, been constructed just 500 metres away from the river. Some are newly constructed houses, while some are under construction. As per a well-demarcated boundary, it was proved that they were on the Yamuna floodplain. However, residents of these establishments argued that they were far away from the floodplain. “The water does not even reach the first set of houses, let alone our houses,” said Dinesh Kumar, a resident.

Manoj Mishra, convener of Yamuna Jiye Abhiyan, was appalled at the sloppy implementation of the NGT judgment. He said that encroachments have only been removed in places like – Bela Estate, south of the old railway bridge – where farming was prevalent.

“Some farmers were also removed from the Commonwealth Games Village, while some jhuggis near the new biodiversity park were demolished. But no action has been taken about the unauthorised colonies or the larger structures,”

COVID-19: India records 48,786 new cases; 1,005 fresh fatalities in past 24 hours
Zydus Cadila seeks emergency use approval from DCGI for its DNA vaccine for those aged 12 years and above
Comment