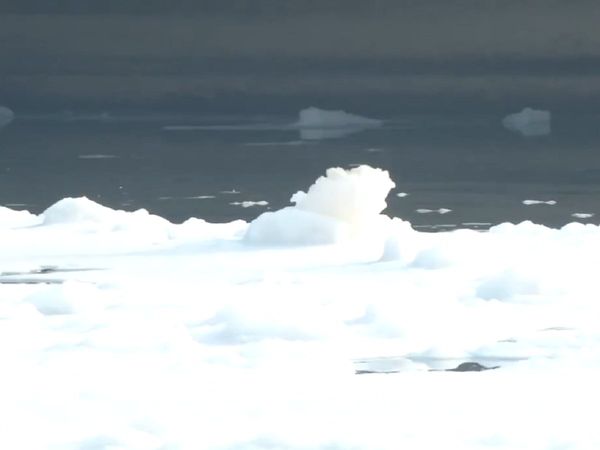 This was not the first time when an accumulation of froth had taken place on the surface of the Yamuna river. Prior to this, the toxic foam was seen floating over the river on April 6 and 20.

According to environmentalists, the reason catering to the formation of the toxic foam could possibly be attributed to the release of certain gases that reacts with few specific bacteria leading to frothing. The experts have further added that the formation of froth was a common phenomenon in Yamuna river. However, the same had increased gradually in past five to six years.

Notably, earlier this year, in order to reduce the froth formation in Yamuna river, the Delhi government had formulated a nine-point action plan. As per the government, the frothing was a result of discharge of untreated sewage in the river.

On June 14, in order to curb the pollution in the river, the Delhi government banned the sale, storage, transportation, and marketing of soaps and detergents that do not comply with the latest BIS parameters. This comes after the recommendations made in January by Yamuna Monitoring Committee (YMC) set up by National Green Tribunal (NGT) in July 2018, were accepted by the tribunal.

“High phosphate content in the wastewater because of detergents used in dyeing industries, dhobi ghats and households is the main reason leading to the formation of toxic foam in the Yamuna river,” an official of the Central Pollution Control Board was quoted as saying by PTI.

It may be noted that in 2019, the toxic foam floating on the surface of the Yamuna river made global headlines. On the occasion of Chhat puja, hundreds of devotees were seen standing in waist-deep toxic foam in the Yamuna river at Kalindi Kunj in Delhi.