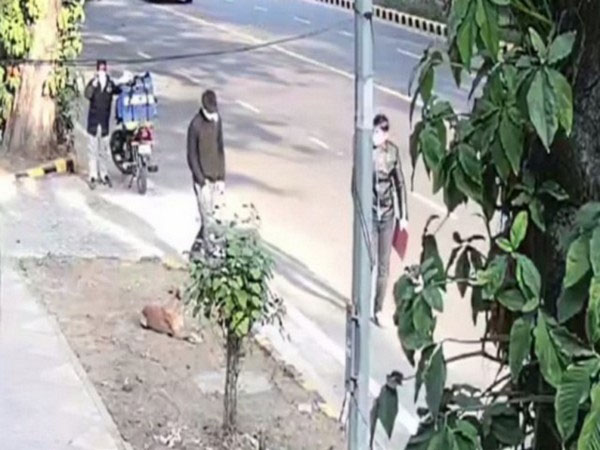 NEW DELHI : The Special Cell of Delhi Police on Thursday arrested four students from Jammu and Kashmir, in connection with a blast that took place on January 29 this year outside the Israel Embassy in New Delhi.

The students hail from Kargil in Jammu and Kashmir, the police said.

A team of Delhi Police went to Kargil to arrest the four students and later obtained the transit remand from a local court to bring them to Delhi.

“Delhi Police has arrested the students after obtaining a transit remand from a local court. The arrest was made under a separate FIR. They were questioned earlier, and their questioning will continue. Their phones were switched off at the same time on the day of the blast,” the police added.

The National Investigation Agency (NIA) is undertaking the main investigation in the explosion that took place in the near Israeli Embassy on January 29.

During the explosion earlier this year, windscreens of several cars parked in the vicinity of the Embassy on Dr APJ Abdul Kalam Road in New Delhi were found damaged.

At the time, sources had confirmed that ammonium nitrate was used for the explosion and added this blast may be a trial of some “bigger conspiracy”.

Almost five months after the blast, the NIA had released CCTV footage of two suspects near the embassy before the blast. The agency had launched a manhunt for the two persons and has placed a reward of Rs 10,00,000 for any information in connection with the explosion.

The footage revealed that a cab had dropped two persons near the embassy and the Delhi Police Special Cell has contacted the concerned cab driver and enquired about the two persons.

Police had also found a camera hidden behind a tree near the blast site. In the footage retrieved from the camera, the timestamp was of the year 1970 but the content is not clear and police are investigating it to ascertain information.

Israeli ambassador to India, Ron Malka had suspected that blast outside the Israeli Embassy here could be a terror attack and asserted that there is full cooperation between New Delhi and Tel Aviv to investigate the explosion.

‘With an Open Mind’: PM Modi Meets J&K Leaders to Chalk Out Future Course of Action
Netizens feel Jammu’s interests being ignored by centre in J&K all party meet
Comment