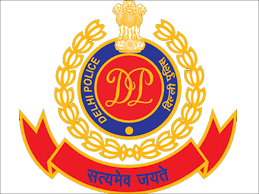 Following the violence during farmers’ protest in the national capital, Delhi Police has registered nearly two dozen cases of violation of lawful directions, rioting, damage to public property and assault on public servant with deadly weapons. The city police is keeping a close watch on the situation.

During the farmers’ tractor rally, the confrontation between the police and farmers continued all through yesterday. Most of the incidents were reported from Mukarba Chowk, Ghazipur, ITO, Seemapuri, Nangloi T-Point, Tikri Border and the Red Fort. So far, 86 policemen have reported injured and several public and private properties have been damaged in this act of vandalism by the rioting mob. Delhi Police said, a section of the crowd also managed to climb atop the rampart of the Red Fort where they hoisted their organisation’s flag. With great efforts the Delhi Police managed to remove the crowd from the Rampart and the vicinity.

Meanwhile, Delhi Police Commissioner S N Shrivastava has asked the agitating farmers not to indulge in violence. He appealed to them to maintain peace. He said, the time and the routes for the tractor rally were finalised after several rounds of meetings.

The agitators defied the conditions and started their march before the scheduled time and they chose the path of violence. The Police displayed utmost restraint during the tractor rally.  In view of the situation, Delhi Police took necessary steps with restraint to maintain law and order. It said, this agitation has caused great damage to public property.