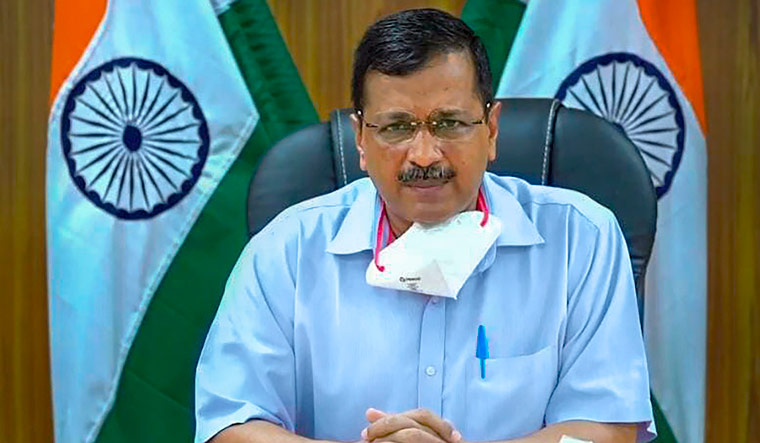 The ruling Aam Aadmi Party (AAP) in Delhi has claimed that Chief Minister Arvind Kejriwal has been put under house arrest by Delhi Police, a day after he visited the farmers protesting at the Singhu border. “BJP’s Delhi Police has put CM Arvind Kejriwal under house arrest ever since he visited farmers at Singhu Border yesterday. No one has been permitted to leave or enter his residence,” said the Aam Aadmi Party in a tweet.

“CM met farmers at Singhu border yesterday. He had said that we’ll serve them like ‘Sevadars’ and support them. After he returned, Delhi Police barricaded his residence from all sides, putting him in a house-arrest like situation, at the behest of Home Ministry,” said AAP leader Saurabh Bharadwaj at a press conference.

Delhi Chief Minister Arvind Kejriwal on Monday visited the Singhu border, where thousands of farmers are protesting against the Centre’s new farm laws, and checked arrangements made for them by the city government.

Kejriwal was accompanied by his Cabinet ministers and some party MLAs during the brief visit to the protest venue on the Delhi-Haryana border.

“I checked the arrangements. We received a lot of pressure to allow the use of stadiums as temporary prisons but we did not give permission and I feel this helped the movement. Since then our party MLAs and ministers have been involved in ensuring that farmers do not face any discomfort,” he had said.