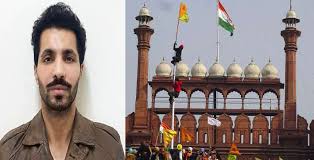 The police had announced a cash reward of one lakh rupees for information leading to Sidhus arrest. In a tweet, Delhi Police said, he had been instigating youngsters with his provocative speeches and stardom even when he was hiding from the law. The Police said, he was a prominent person behind Republic Day violence.