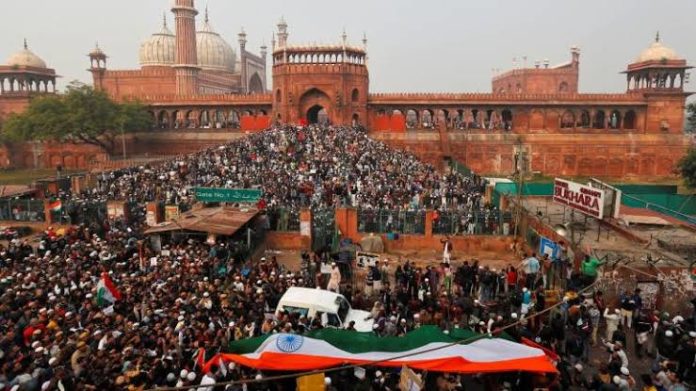 In view of the ongoing protests against the Citizenship (Amendment) Act, people at Jama Masjid mosque who came to offer their prayers on Friday were not allowed to enter the mosque without valid identity proofs.
Considering the fact that the protests are being held in sensitive areas, the police is taking proper security measures to maintain law and order in the national capital. “I was not allowed to enter the Mosque as I have no valid identity proofs to enter. I will go home now and bring either an Aadhaar or voter identity card to enter,”
Syed also said that it is a good step that the police has taken to maintain peace.

The police, in the morning, allowed certain Namazis to carry the Indian flag with them to the mosque.
The Delhi police have deployed personnel along with Central Reserve Police Force (CRPF) in and around the Jama Masjid area to maintain law and order here.Meanwhile, protests erupted in Jama Masjid mosque against the Citizenship (Amendment) Act, where the police is using drones to monitor the situation.