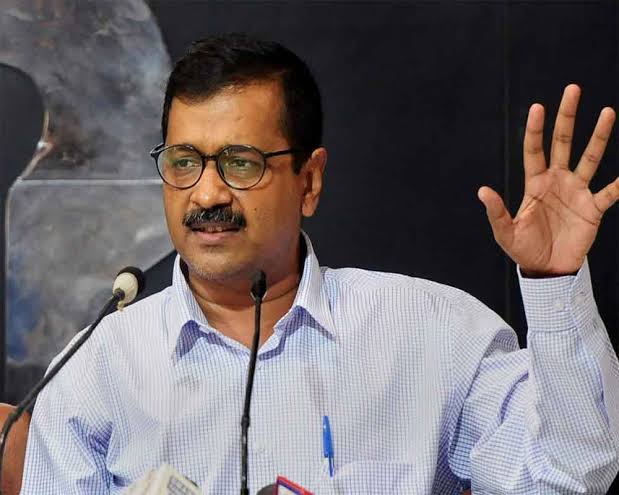 The Delhi High Court on Tuesday put an interim stay on proceedings against Delhi Chief Minister Arvind Kejriwal in connection with a criminal defamation complaint filed against him for posting a video against Prime Minister Narendra Modi.
Justice Suresh Kumar Kait issued a notice to complainant Vikas Sankrityayan asking him to file a response on Kejriwal’s plea. The court listed the matter for further hearing on January 30. The court was hearing Kejriwal’s plea seeking quashing of summons issued to him as an accused in the criminal defamation case for re-tweeting an allegedly defamatory video against Prime Minister Narendra Modi.
A retweet is a “re-posting” of a tweet by another user.
Earlier, a magistrate court had summoned Kejriwal to appear before it. The magistrate order was upheld by a sessions court. Kejriwal has challenged the order in the high court.
Vikas Sankrityayan, the founder of a social media page called ‘I Support Narendra Modi’, filed a complaint against Kejriwal for allegedly re-tweeting the video posted by YouTuber Dhruv Rathee in May 2018.
Kejriwal’s counsel and senior advocate Vikash Pahwa told the court that the allegation was for retweeting the tweet of one Dhruv Rathee. He said that the complainant felt aggrieved by the tweet and Youtube Video but he chose to file a criminal complaint only against the Chief Minister and not the author of the tweet and the video.
“There were 11,114 people who either commented, retweeted or liked the Tweet, on the date of filing the complaint, but the complainant chose to file defamation complaint only against Kejriwal for vested reasons,” Advocate Pahwa said, adding that it was sheer abuse of the process of law.
Sankrityayan claimed that a “number of false and defamatory allegations were made” in the video titled ‘BJP IT Cell Part II’, which Kejriwal had allegedly re-tweeted.
He said that Kejriwal re-tweeted the video from his twitter account without checking the authenticity of the video.
Kejriwal’s legal team, however, argued that Rathee, who actually posted the video, is not an accused but the chief minister has been made an accused in the complaint.
The session court had earlier dismissed an application filed by Kejriwal challenging summons issued to him by a magistrate court.