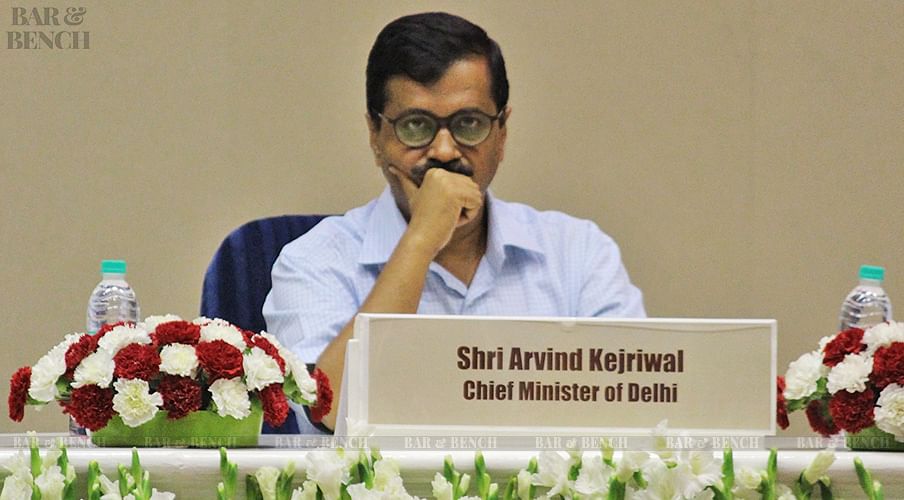 Parliament passed the Government of National Capital Territory (Amendment) Bill on 24 March   and the President has given his assent on 28th which practically places the Lieutenant-Governor of Delhi on a pedestal far more important than he is at present in the governance of the capital city. The Bill states clearly that the government in the national capital means the “Lieutenant-Governor”. Hereafter, Delhi Government will have to seek the assent of the LG without fail before taking any executive action.

No wonder, AAP is extremely shocked at this sudden clipping of its wings as a step in effect equal to “dismissing” the elected Delhi government. Delhi Chief Minister Arvind Kejriwal called it “unconstitutional and undemocratic”. Many Opposition parties in Parliament — Congress, SP, BJD, YSR Congress, and others — opposed the Bill and staged a walk-out.

But, the objects and reasons stated in the Bill say that it aims at ending “the lack of clarity” on matters and proposals required to be submitted to the LG before issuing orders — a position that takes us back to the NCR Act which is quite constitutional.

The National Capital Region (NCR), one of the biggest agglomeration in the world, was created in 1991 under Article 239AA inserted in the Constitution by 69th amendment and given a special status. It comprises the metropolitan areas of the entire National Capital Territory of Delhi including New Delhi and some adjacent urban areas from Haryana, Uttar Pradesh, and Rajasthan. The Act states that all executive actions of the LG, whether taken on the advice of his Ministers or otherwise, shall be expressed to be taken in the name of the LG.

The Aam Admi Party had been trying to raise the status of Delhi ever since it came to power.    Its efforts to get full statehood for Delhi failed. The LG was declared the “administrative head” of the union territory of Delhi by a high court verdict in 2016, under which ministers’ decisions should be communicated to the LG and implemented only if the LG raised no objection. It made possible scrutiny of all decisions of Delhi Government by the LG which were taken without his concurrence. AAP as a political party and Delhi Government viewed this as an undemocratic arrangement of placing an elected government below a nominee of the Union government.

The powers of the LG, under Article 239 to act independently of his Council of Ministers, were sustained by the ruling. The court did not accept the plea that the tussle was a “classic” federal dispute.

But, a judgment of a five-judge bench of the Supreme Court in 2018 held that the “real authority to take decisions lies in the elected government” and ruled that the NCT government needed   only to inform the LG of its “well-deliberated” decisions instead of getting his concurrence on every issue of day-to-day governance. The spirit of this was reiterated in 2019 by the court that the LG should not intervene in “trifling matters”. The ambit of the Union government is restricted to police, public order, and land.

It is now surpassed by the Bill granting overwhelming powers to the LG as envisaged in 1991 Act.  AAP government’s contention that LG should act only on the “aid and advice of the ministers” is now rejected by law empowering the LG in having a hand in all decisions of Delhi government. Under the new Bill, the LG is “necessarily granted an opportunity” to give his/her   opinion on every decision of the Delhi Government.

Delhi in any case is governed by various bodies under different authorities. The Municipal Corporation of Delhi headed by a Mayor is an elected body. The Chairman of the New Delhi Municipal Council which includes the CM is appointed by the Central government. The LG is the Chairman of the Delhi Development Authority, which reports to the Union Urban Development Ministry. Six different agencies handle public amenities such as drains, sewerage, and water pipe.

Champions of State rights are quick to perceive the present legislation as violation of the federal set up. Political parties sitting in Opposition perceive this as curtailing the rights of a democratically elected government and elevating Union government-nominated governor.    NCR is thus equated to other States which are units of Indian federation. The fallacy lies in ignoring that governing the national capital has certain special features. Delhi is the country’s   capital and not a province in India.

The Constitution is certainly the reference book, but not a sacred text that cannot be amended. It is not a perfect document to remain untouched. Already, it has undergone 104 amendments.

Capitals in different countries form different administrative units — city, town, district, region, province, prefecture, and so on — and given different administrative status. Australian capital Canberra has no full legislative powers. It is directly administered by the Governor-General.    Washington DC has limited form of self-government under the Congress. Article 1 of the Constitution empowers Congress to exercise exclusive legislative authority over the seat of government. Indonesian capital Jakarta constitutes a special capital region. Brazilian capital is a federal district. Argentina’s capital, Buenos Aires is an autonomous city.

Conflict is not uncommon in capital areas over administrative jurisdiction. The local government of the capital is said to be “in the shadow of the national government with more restricted powers and resources than those enjoyed by other cities”.

Delhi has grown in territorial and population size due to expansion of activities which obstructs its special functions as the nation’s capital. Floating population tend to settle permanently and effectively intrude into the special functions of the capital territory, thus reducing it to the level of any other State. The present tussle is a result of this development of Delhi which is mired in party politics and should be sorted out by non-political thinkers.

Political pressures for more power or grant of statehood to the NCR are not likely to think of the special importance of administering the national capital. The area surrounding the key functions of the national government is better governed by the Union government rather than as a unit of the Indian federation like any other State.