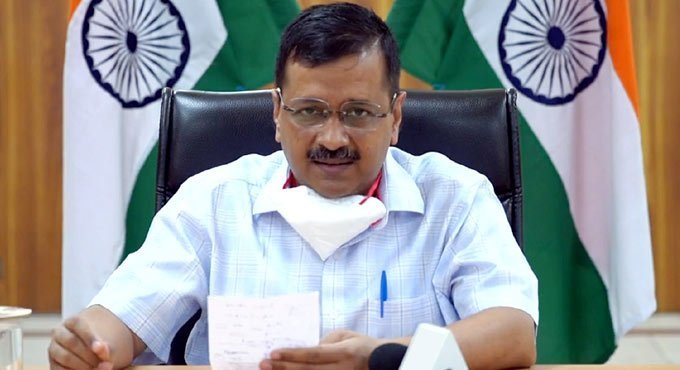 Amid deteriorating air quality in the national capital, Chief Minister Arvind Kejriwal on Thursday will launch “Green Delhi” mobile application, which will enable people to register complaints about violation of anti-pollution norms.

The mobile app is a part of the Delhi government’s “Yudh Pradushan Ke Virudh” campaign, announced by Kejriwal on October 6, to reduce pollution levels in the national capital.

Through this photo-based complaint lodging app, people will be able to inform the government about the burning of waste, and industrial and dust pollution.

There will be a time limit for redressal of the complaints received on the Green Delhi app, the Delhi government said.

Meanwhile, the air quality dipped further with the Air Quality Index (AQI) crossing 400-mark (severe category) at several places in Delhi today. The AQI was registered at 401 in Anand Vihar, 405 in Alipur and 410 in Wazirpur, as per Delhi Pollution Control Committee data.

The Delhi government said that all the concerned departments will be connected with the app, and the complaints received will automatically reach them.

If the complaint is not resolved in time, action will be taken against the concerned officials, it said.

Stubble and garbage burning, dust, local industrial and vehicular emission are among the factors that contribute to high pollution levels every winter in the national capital.

The chief minister has also said that customised plans for curbing pollution levels in 13 hotspots identified in the national capital will be made in the coming days.

Meanwhile, on October 26, the Central government submitted before the Supreme Court that it is contemplating the creation of a permanent body by enacting legislation to deal with the annual air pollution issue in the national capital region arising from stubble burning in Punjab, Haryana, and Uttar Pradesh.

Solicitor General Tushar Mehta, appearing for Centre, said that the government will bring new legislation in three to four days.

According to an ICMR study, about 4 lakh deaths in India were due to air pollution in 2017.

The highest PM2.5 exposure level is in Delhi, followed by the other north Indian states of Uttar Pradesh, Bihar, and Haryana. (