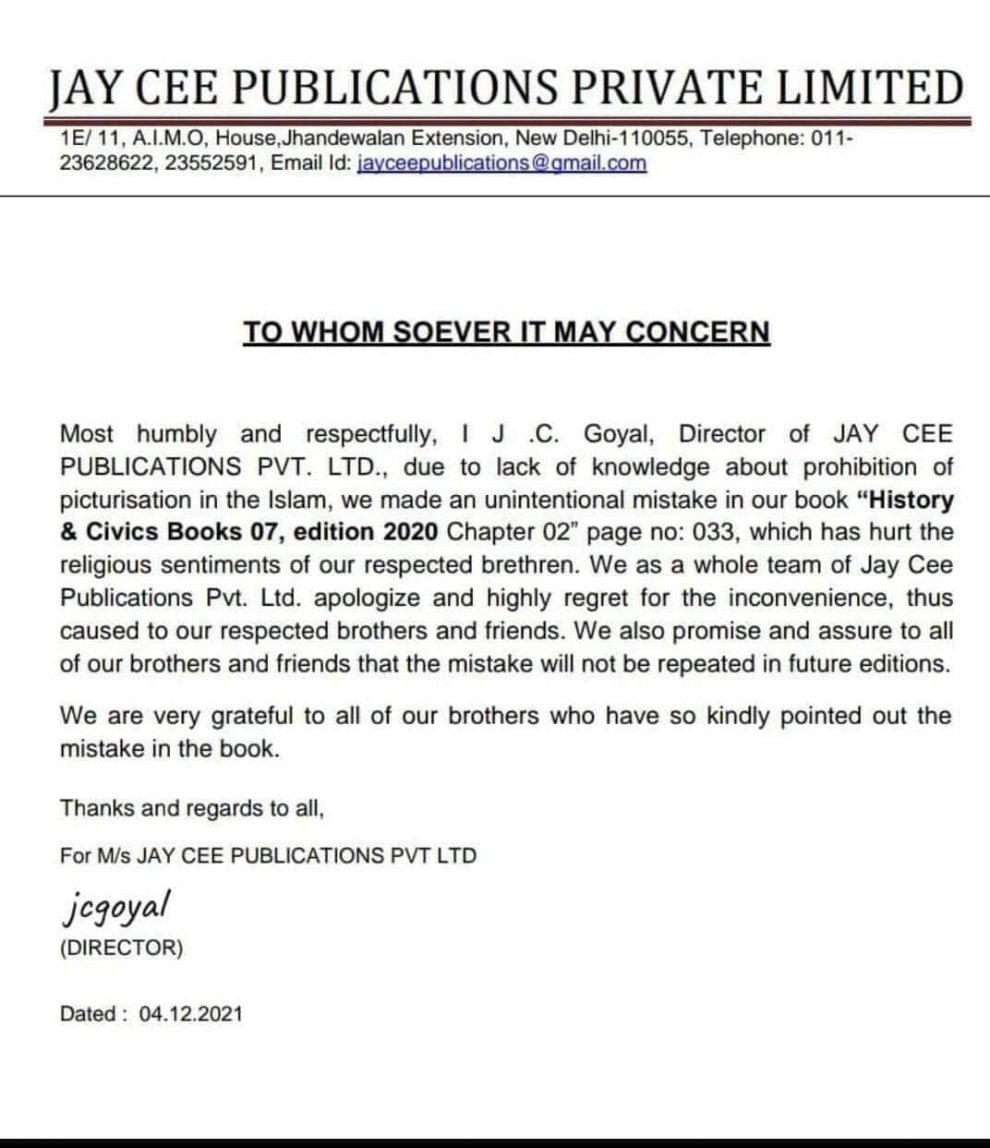 The Director of publication house JC Goyal in a handout said “Most humbly and respectfully, I J.C Goyal, Director of JAY CEE PUBLICATIONS PVT. LTD., due to lack of knowledge about prohibition of picturisation in the Islam, we made an unintentional mistake in our book “History & Civics Book 7, edition 2020, Chapter 02, page number 033, which has hurt the religious sentiments of our respected brethren.”

“We as a whole team of Jay Cee Publications Pvt. Ltd apologise and highly regret for the inconvenience, thus caused to our respected brothers and friends. We also promise and assure to all our brothers and friends that the mistake will not be repeated in future editions”, the handout reads.

“We are very grateful to all our brothers, so kindly pointed out the mistake in the book”, Goyal said.

Shaykh-ul-Hadith Mufti Nazir Ahmad Qasmi in a video message regarding the matter said that the personality of Prophet Muhammad is one of the sensitive matters’ for Muslims. “There absolutely is no room for making any depiction of any Prophet Muhammad (SAW), his companions, angels or any of the revered personalities”, Mufti as per GNS said remarking even if it made ‘out of respect’.

Urging the distributors and schools, who may have received, to return the books, Mufti further exhorted that the contents in the books should be deeply scrutinized before selecting for the syllabus.

When contacted, President Private School Association Jammu and Kashmir, GN Var told that a meeting has been called in tomorrow to ascertain facts into the matter. “A meeting with local publishers and booksellers has been called for tomorrow to ascertain facts regarding the matter”, Var said, adding that a stand-in our jurisdiction as required will be taken accordingly. (GNS)