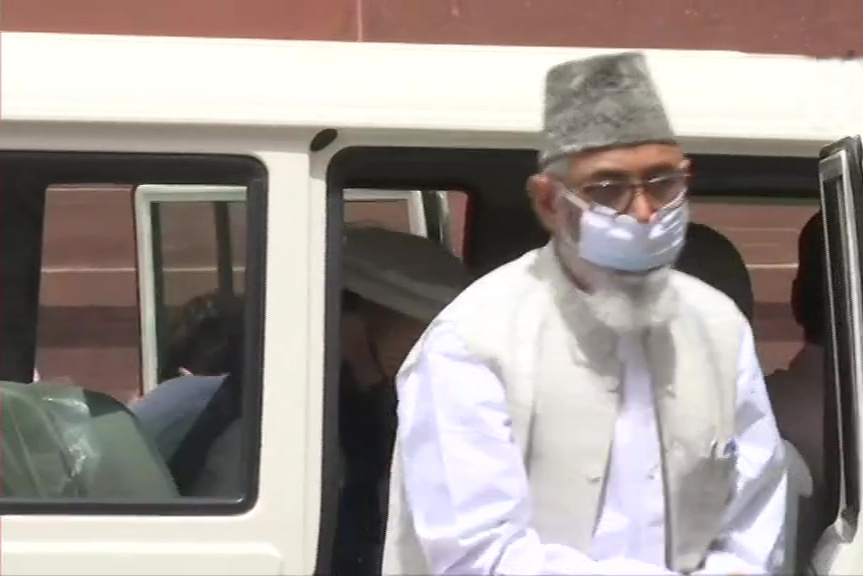 New Delhi: A delegation of leaders from Ladakh’s Kargil region on Thursday urged the Centre to grant full statehood to the newly created Union Territory (UT) as well as restore special status granted under Article 370 of the Constitution.
The Centre on August 5, 2019, had abrogated Article 370, which gave special status to Jammu and Kashmir, and bifurcated the erstwhile state into Union Territories of Jammu and Kashmir, and Ladakh.

The leaders from Kargil held a discussion with Union Minister of State for Home G Kishan Reddy, and it came a week after Prime Minister Narendra Modi met 14 political leaders from Jammu and Kashmir.

During the June 24 meeting, the central leadership came up with a roadmap for Jammu and Kashmir delimitation, elections and then restoration of statehood.

Leader of the Kargil Democratic Alliance (KDA) Asgar Ali Karbalai said that they apprised Reddy about the need for restoration of Article 370 and Article 35A, and full-fledged statehood for Ladakh.

He said they had a two-and-a-half-hour-long meeting with the Union minister and were hopeful that more meetings would take place in the future on their demands.

Another leader, Qamar Ali Akhoon, said that they were against creation of the UT of Ladakh and sought statehood for Ladakh.

The delegation’s members were mostly from the Kargil area.

Prime Minister Narendra Modi and Home Minister Amit have been maintaining that they would grant statehood to Jammu and Kashmir at an appropriate time. There has been no such commitment yet with regards to UT of Ladakh.