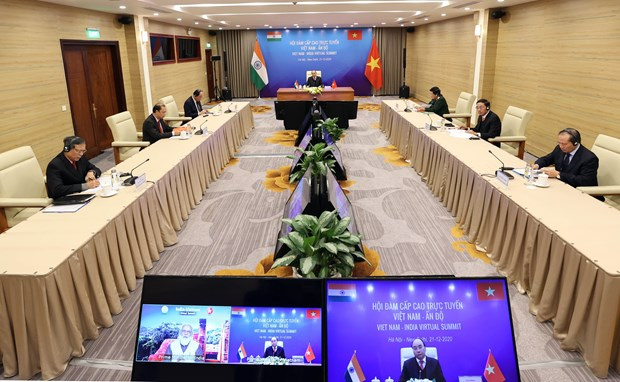 Defence Secretary Dr Ajay Kumar today co-chaired the 13th India-Vietnam Defence Security Dialogue along with his Vietnamese co-chair Sr Lt Gen Nguyen Chi Vinh, Deputy Defence Minister  of Vietnam.  During virtual interaction, both of them expressed satisfaction at the ongoing defence cooperation between the two countries in spite of the limitations imposed by COVID 19.

During the interaction, the Defence Secretary and the Deputy Defence Minister exchanged views on the plan of action that has emanated from the recently concluded Virtual Summit between   Prime Minister Narendra Modi and Prime Minister of Vietnam  Nguyen Xuan Phuc in December 2020.

They expressed satisfaction at the growing defence ties between the two countries. Both the sides reviewed the progress on various bilateral defence cooperation initiatives and expressed commitment to further elevate engagements between the Armed Forces under the framework of  Comprehensive Strategic Partnership. Both sides agreed that in the recent past the two countries have made notable strides in Defence Industry and Technology cooperation and they  look forward to even greater cooperation in this field.