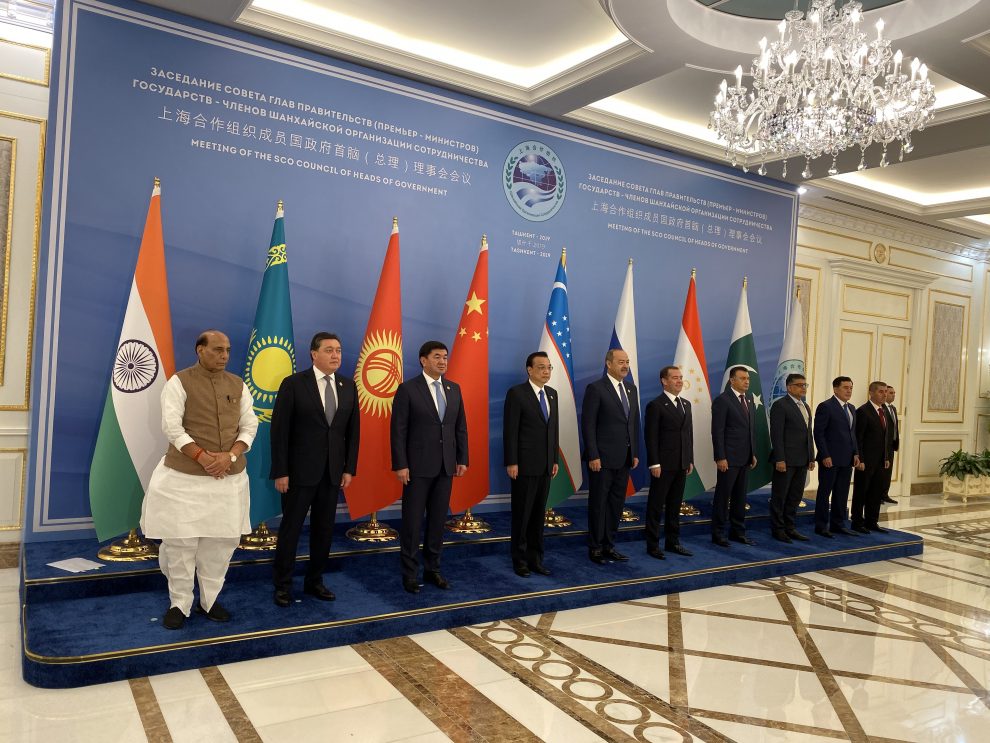 The Shanghai Cooperation Organization, SCO Defence Ministers’ meeting is underway in Dushanbe, Tajikistan. Defence Minister Rajnath Singh along with Defence Ministers of member countries are participating in the meeting. In the annual meeting, defence cooperation issues among SCO member states are discussed and a communique is expected to be issued after the deliberations.

On the sidelines of the meeting today, Mr Singh met Russian Defence Minister General Sergei Shoigu. Both Ministers reaffirmed that the Defence partnership between the two countries remains strong and enduring. He also met Defence Minister of Belarus Lieutenant General Viktor Khrenin. Today morning, the Defence Minister laid a wreath at the Somoni Memorial in Dushanbe.

During his three day visit to Dushanbe, Mr Singh is also expected to meet his Tajik counterpart Col Gen Sherali Mirzo to discuss bilateral issues and other issues of mutual interest. Tajikistan is chairing the SCO meeting this year and hosting series of Ministerial and official-level meetings.