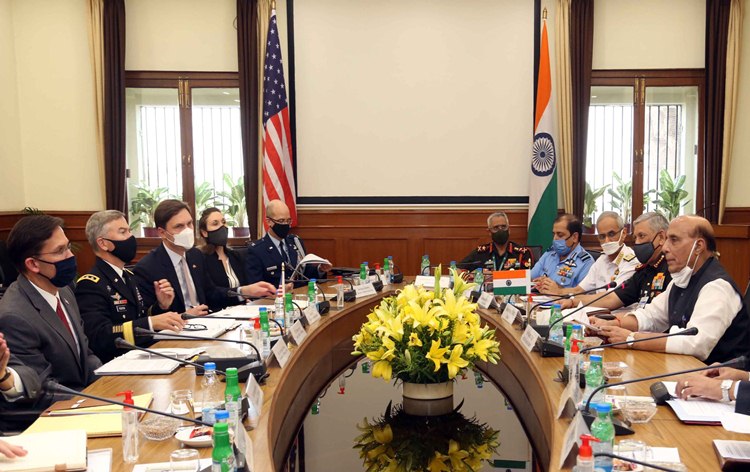 In a tweet, Mr Singh said, their talks today were fruitful and aimed at further deepening defence cooperation in a wide range of areas.
He said, today’s discussions will add new vigour to India-US defence relations and mutual cooperation.External Affairs Minister Dr. S. Jaishankar will meet his US counterpart Mike Pompeo later today.

The US Secretary of State and Defence Secretary arrived in New Delhi Monday afternoon.They are on a two-day visit to India. Mr. Singh and Dr. Jaishankar will also host a dinner for the visiting dignitaries.

The Third Annual India-US, two plus two Ministerial Dialogue scheduled for tomorrow will focus on advancing the Indo-US comprehensive global strategic partnership and further strengthening cooperation to promote stability and prosperity in the Indo-Pacific region and the world.

As the world’s oldest and largest democracies, the two countries nourish deep rooted democratic traditions and bond.The growth in partnership reflects deepening strategic convergence on host of issues including energy, aviation, science, space, infrastructure and health among others.

They will also be making a visit to the War Memorial in the National Capital Tuesday morning for a wreath laying ceremony.