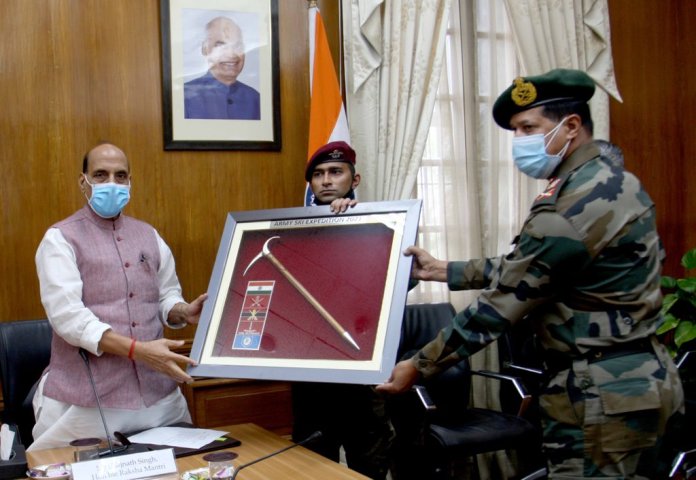 Defence Minister Rajnath Singh flagged-in the Indian Army Skiing Expedition, ARMEX-21, in New Delhi on Friday. The ARMEX-21 was conducted in the mountain ranges of the Himalayan region to promote the adventure activity in the country and the Indian Army. The expedition was flagged off at Karakoram Pass in Ladakh on 10th March and culminated at Malari in Uttarakhand on 6th of July.

Speaking on the occasion, Mr Rajnath Singh congratulated the team on the successful completion of the challenging expedition and lauded them for their courage and resilience.

Terming the expedition as extraordinary, he said not only did the team completed a thrilling journey, but also conducted an operational recce of the region. The Defence Minister commended the courage, dedication and spirit of the Armed Forces and expressed satisfaction that the safety and security of the country is in safe hands. He exuded confidence that the success of ARMEX-21 will inspire a new generation of adventurers across the nation.

Govt is working towards boosting connectivity and comfort as far as the aviation sector is concerned: PM Modi
PM Modi extends best wishes to PM Yoshihide Suga & people of Japan for Tokyo Olympics and Paralympics
Comment