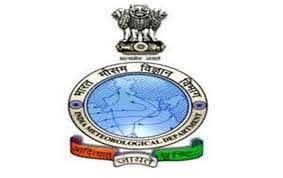 The Deep Depression over the South West Bay of Bengal has intensified into the cyclonic storm “Nivar,” early this morning.

It has triggered widespread rain in several districts of Tamil Nadu and Puducherry. Chennai and its suburbs have witnessed intermittent rain since last evening.

The MET Department in Chennai says the Cyclone Nivar is moving north westwards at a speed of 5-km per hour for the past six hours.

It is very likely to intensify into a severe cyclonic storm in the next 24-hours.

It is set to cross the coast between Karaikal and Mamallapuram, close to Puducherry, Wednesday evening.

AIR correspondent reports, during his interaction with Prime Minister Narendra Modi, Tamil Nadu Chief Minister Edappadi Palaniswamy explained about the preparatory measures being undertaken by the administration to tackle the cyclone.

District administrations in the vicinity of the cyclone have identified houses with thatched roofs and weak structures to evacuate the people to safety.

Shelters and relief centres have been established with sufficient social distancing.

Control rooms at district levels have been established, functioning on a 24-by-7 basis and the state level control centre at Chennai being run by the state Disaster Management Authority is also functioning round the clock.

Generators and pump sets are kept ready at places prone to waterlogging to clear flood waters.

Senior IAS Officials have been deployed in flood-prone districts to coordinate the efforts to mitigate the effects of the cyclone.