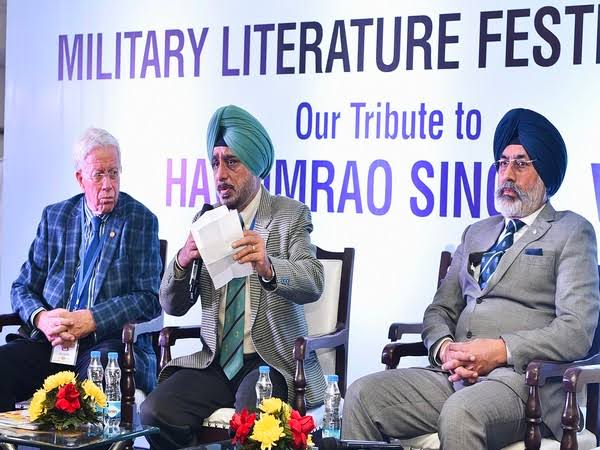 The dedication and commitment of Israeli people for their country have always helped them to counter the attacks of Arab countries. Even in the war, they repaired and refurbished the tanks rapidly to fight against the superior armour of the enemy, said the experts here on Sunday.
These experts were participating in a discussion over ‘Defending Against Formidable Odd: The Golan Heights, 1973’ on the concluding day of the Military Literature Festival. Initiating the discussion, moderator Lt General KJ Singh said that young Israelis are very keen to join the army to serve their nation and they don’t even hesitate to sacrifice their life on their motherland.
Israeli Maj Gen Yoshi Ben-Hannan, while narrating his days in the war, said that he had only 10 tanks in the starting but as they started performing well by hitting enemy tanks, they were joined by the tanks from other battalions too. He added that with their 10 tanks, they had targeted more than 90 tanks of the enemy.
Lt General IS Singha also acclaimed that spirit of Israeli youth and informed that every year 60,000 boys and 60,000 girls qualify for the army service which is another inspiring aspect for the nations like India.
Talking about the situation of war, Lt Gen Singha claimed that it requires 10-day advance notice for any army to get prepared for the war but Israel got only a few hours notice due to the failure of intelligence agencies.