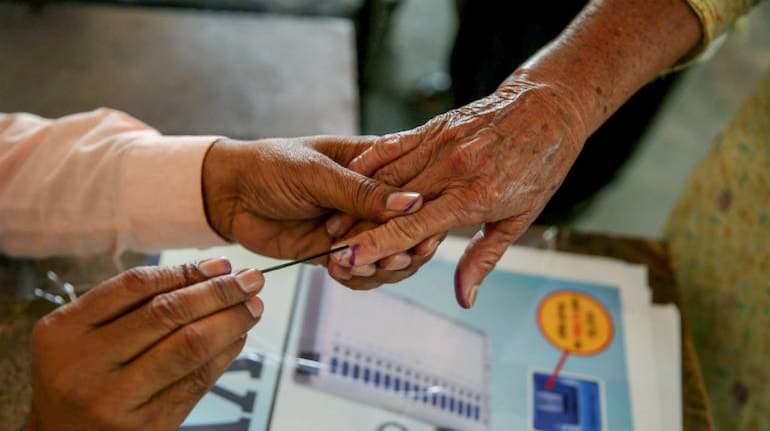 In the ongoing five States ‘Vote Me’ no-holds-barred-free-for-all electoral nautanki Parties are raining promises topped  by luscious lip-smacking freebies for everyone, from free electricity and water for the aam aadmi to farm loans waiver for the debt-ridden kisan to monthly payouts for women, elderly and unemployed. All to cream the electorate at the husting, thereby converting political sops into vote percentages!

Whereby, social and economic upliftment is weighed on the scales of vote-bank politics. Big deal if the financial implications of these run into thousands of crores of rupees further staining coffers already whimpering under heavy financial burdens. Silly me, forgetting in rajniti, public funds translate into netas spending our money!

Leading the pack is none other than the BJP in UP which woos voters with two crore tablets and smartphones for students worth Rs 20,000 crores, two free cylinders every Holi and Diwali totaling Rs 4000 crores, free electricity for irrigation costing Rs 2000 crores, Samajwadi aces it to 300 units free electricity valued at Rs 17,500 crores, Rs 1500 to 25 lakh poor and women at Rs Rs 4500 crores, 22 lakh jobs, 33% job quota for women and free education for girls.

In Punjab Congress announces homemakers to get Rs 2000 per month and 8 LPG cylinders annually, 10th pass girls Rs 15,000, free electricity to farmers, 11% hike in DA for Government employees and Rs 3 cut in power rate. In Uttarakhand it woos with 100 units free power, in Goa Rs 6000 to poor families, resumption of mining etc.

True, Parties are obliged to be seen as populist as it would be stupid to wish away symbolism and political lollipops to entice the electorate. But do our narcissist leaders need to act like modern-day feudal maharajas? Whereby, deprived with famished bellies and tattered clothes wait for hours for their mai-baaps to dole out money which doesn’t belong to them. Given the aam janata translate into just sterile statistics to keep the vote-bank tillers ringing.

Questionably, where do they get monies to fund these doles? By taxing us, the people. Should our hard-earned tax money be used to boost Parties electoral vote-banks?  No. Shouldn’t leaders or their Parties pay for it from their pockets or funds? Absolutely. Should loans be waived? No.

Certainly it is nobody case that citizens should be ignored. However, the harsh truth is political promises in the economic sphere should not cross prudence limits, where it starts hurting the economy as a whole. Notwithstanding, assurances of loan waivers, cheap rice, free electricity can be justified on grounds of acute poverty, economic distress and unemployment.

Bluntly, we pay taxes for growth and development of the country, better educational institutions, health care, hospitals, infrastructure etc.  Not poll freebies which are just hot air and an invitation to disaster which will neither help enrich a citizen’s life nor provide roti kapada aur makaan. None sees the danger of economic derailment as the biggest losers are poor, weak and under-privileged in whose name these giveaways are justified.

Alas, sound economic sense has been surrendered to political gamesmanship as populist shenanigans yield better electoral rewards than reasoned issues and sustainable programmes. Also, given the economic logic that there is no such thing as a free lunch, a populist scheme is invariably paid for either in the form of higher taxes or increasing inflation.

Clearly, underscoring what ails India and its burgeoning poor is not poverty, which can be corrected, but our netagan’s ruthless heartlessness sans humility and empathy for the garib. Worse, it exposes their sheer ennui and paucity of ideas along-with accentuating their moral bankruptcy. And a perspective completely divorced from reality.

Consequently, they have consistently failed to evolve a strategy of development which would take into account our pluralism and fluctuating economic disparities. Moreover, by providing free candies to voters the masses have become dependent on politicians resulting in their inability to critically evaluate leaders leading to no true empowerment as people expect elected leaders to make good their promises.

Only to be disappointed given the level of dishonesty, populism and irresponsibility which governs our political system along-with a leech-infested environment of the uundata taking it all, our carpetbaggers refuse to let up.

Pertinently, last month the Supreme Court asked Election Commission to frame guidelines to stop Parties from promising “irrational freebies from public fund.” Referring to the Subramaniam Balaji vs Tamil Nadu Government case May 2013, it directed the Commission again to maintain a level playing field during elections. “Although it cannot be construed as ‘corrupt practice’, distribution of freebies shakes the root of free and fair elections and influences people,” it emphasized. Though  under Section 123 of Representation of People Act nothing barred Parties from promising voters freebies in their manifestos.

Undoubtedly, a code of governance and conduct of ethics is imperative to minimize the Executives’ unjustified misuse of tax-payers hard earned wealth. A code which makes it obligatory for Parties to inform EC where money will come from to implement their free giveaways and if they will raise taxes, reduce allocation for these programmes once in power.

Two, it would be beneficial for Parties to offer people permanent solutions to their problems in election manifestos instead of slew of seemingly advantageous, but temporary stop-gap measures. Three, the EC needs to penalize Parties who use the quick exploitative mechanism to win people’s votes.

Clearly, our polity needs to draw a distinction between welfarism and populism. Welfarism takes into account needs of different sections of society as a part of a large development framework. Populism is purely guided by vote-banks. Albeit, granting concessions which have no economic rationale and are not part of the larger economic planning, as enunciated by a Government.

Time our netagan realize economic reform and populism do not go hand in hand. Populism will only provide immediate succour at the future’s expense. It is no remedy for neglect of education, health, faulty priorities in industrialization and under-investment in rural areas. Instead, they need to concentrate on the big picture. Wherein, energies are channelized to address poverty through faster, broad-based growth, supported by well-functioning delivery mechanisms. The effort must be to reduce number of people in need of handouts.

The aam aadmi is no fool. Each populist slogan only accentuates his growing awareness whereby he could lose faith in politicians and the system of governance. Public accountability is indispensable in a democratic set-up. Parties cannot afford to promise doles of hard earned tax-payers money on private populist whims. The time to draw a ‘lakshman rekha’ on vote-bank politics as democracy cannot allow exercise of public funds as private spending. What says you?

Electric Vehicles: is the shift imminent?
China-Russia Vs US bloc: India in the middle?
Comment