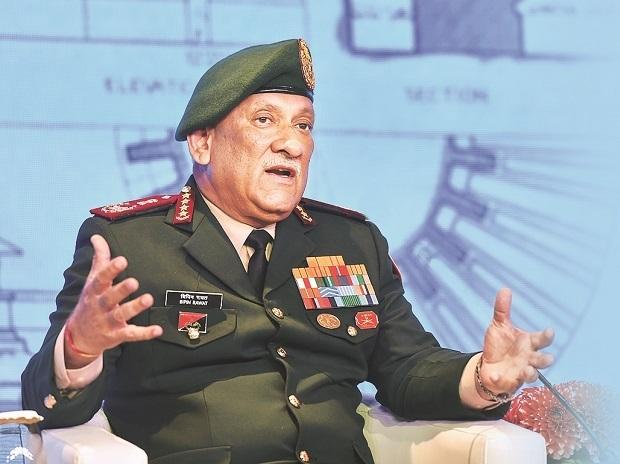 In one of the biggest reorganisation of the Indian Armed Forces since Independence, Chief of Defence Staff (CDS) General Bipin Rawat recently chaired a meeting with the Vice Chiefs of the three Services (Indian Army, Indian Navy and Indian Air Force), Chief of Integrated Defence Staff and representatives from the Ministries of Defence, Home and Finance for the creation of “Integrated Theatre Commands”.

The three basic components of Indian defence forces are the army, navy and air force, each with its unique fighting profile, separate heads and multiple commands that are vertically split in terms of their command structure. The Indian Army and Indian Air Force have seven commands each while the Indian Navy has three commands.

These commands are scattered across the nation and don’t coincide geographically. The proposed four theatre commands: air defence, maritime, integrated eastern and integrated western theatre commands, will promote ‘jointness’ among the three branches of the armed forces. It will ensure increased coordination to boost the overall fighting capabilities of the Indian armed forces, create capacities to adapt to the requirements of hybrid warfare along with seamless command centres to meet future challenges.

The idea behind ‘Theatre Command System’ is to bring synergistic coordination between the three branches of the armed forces. Further, it aims at bringing separate commands for the army, navy, air force under a unified command spearheaded by a single commander. The integration process would ultimately lead towards the unified military assets fused into one single command under one operational head who will be responsible for directing and controlling their activities in a given situation.

Besides the operational synergies, the theatre command system will also contribute to more streamlined costs and a leaner fighting force. A major chunk of the annual defence budget goes into pensions and salaries while outlays do not always grow in line with the actual needs of the armed forces, the theatre command system will bring greater focus in the allocation of resources and help reduce redundancies.

Presently, there are two joint services commands in India, the first one is Andaman and Nicobar Command (ANC) and the second, being Strategic Forces Command (SFC). Based on the principle of theatre command system, ANC is considered to be the only one of its kind in the country that amalgamates the army, navy and air force as SFC takes care of the nuclear assets of India and is not related to any specific theatre of war.

Set up in 2001, ANC is based in Port Blair and is led by officers of the three services on a rotation basis. The command covers India’s strategic interests in Southeast Asia and the Malacca Strait.

Over 32 countries around the globe already have some form of theatre or joint command in place to bring better integration among their military forces. Notably, the USA was the first country to enforce a theatre command system with six geographical and four functional commands presently in place.

Russia also started with the restructuring of its defence forces in 2008 and has four theatre commands. China’s theatre command system is said to be based on the US model and has “five peacetime geographical commands”. Chinese Western Theatre Command covers the region along the Indian border.

The integration of three forces under the Theatre Command System would require an intricate chain of command flow. It comprises hurdles related to operational command and control over assets. Besides, budgetary allocations, fund distribution and assets between the army, navy and air force need to be clearly worked out to enable the setting up of a seamless theatre command.