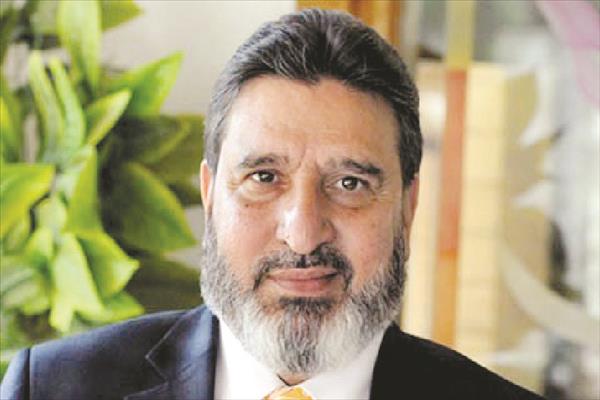 Says ‘LG should intervene; address this issue on humanitarian grounds’

SRINAGAR2: Taking a strong exception to an administrative decision on re-advertisement of Rehbar-e-Janglat, Rehbar-e-Zirat, and Rehbar-e-Khel posts henceforth by JKSSB, Apni Party President Syed Mohammad Altaf Bukhari on Sunday observed that such arbitrary orders question the legitimacy and mandate of the successive elected governments in Jammu and Kashmir.

Reacting to the media reports suggesting that the posts of Rehbar-e-Janglat, Rehbar-e-Zirat and Rehbar-e-Khel would be now abolished, referred to, and re-advertised by Service Selection Board (JKSSB), Bukhari said that such a decision would have serious ramification if not rescinded immediately in the larger public interest.

Apni Party President observed that the popular governments in any democracy work on the public mandate and hence they are answerable to the people for the commitments made with them. “These schemes framed in view of the rising unemployment of technically qualified youth were launched by the successive governments of which the BJP has been once a coalition partner in J&K,” he observed.

Apni Party President said that the latest decision taken by the LG led administration on the referral and re-advertisement of the posts earmarked for these schemes is a complete breach of the commitments made by the erstwhile elected governments in J&K.

“Today this administration decided to de-freeze and abolish these posts. Tomorrow another government may come and rescind this decision! This is not how a government works in a democracy. Such decisions brutally trample the will of the people thus making a mockery of the whole system of governance,” Bukhari opined.

He regretted that of late the discretion of a government run under the Lt. Governor in J&K have become synonymous with arbitrariness and the orders issued by the administration on a day to day basis seem to have lost any checks and balances.

He said the administration under any governor rule is supposed and should act in the spirit of the constitutional trust and morality that is primarily aimed at the betterment of the people in a democratic set-up.

“Schemes like Rehbar-e-Janglat, Rehbar-e-Zirat, and Rehbar-e-Khel were framed to address the alarming rate of unemployment in J&K and more so because the youth with professional degree in these sectors were alienated for want of jobs in the government sector. And the recruitment of these posts took place under proper cabinet decisions and through a transparent selection mechanism,” Bukhari said.

He added that now when there were few months left for regularization of candidates posted as Rehbar-e-Janglat, the decision to re-advertise their posts through SSB has come as a shocker for their families.

Similarly, he said that thousands of professional youth who work as Rehbar-e-Zirat and Rehbar-e-Khel beside National Youth Corp (NYC) have been pushed to wall by this capricious and authoritative decision.

Bukhari said that hundreds of such candidates working under these schemes have rendered their services like regular employees to the satisfaction of their respective departments. “Most of them have now crossed the age bar and are not in a position to compete at this stage with the fresh pass outs in their respective fields,” he added.

Apni Party president also ridiculed the decision of abolition of posts of Village Agriculture Extension Assistants at a time when the government makes tall claims about agriculture being one of the top priority sectors in J&K.

“Unfortunately, the present dispensation has also failed to absorb the NYC qualified youth working in different departments of the government. They worked as frontline workers in battle against COVID pandemic and instead got peanuts as wages. Now this dispensation has adopted a use and throw policy for them,” Bukhari regretted.

He urged the Lt. Governor Manoj Sinha to intervene into the matter and have a sympathetic consideration on this humanitarian issue which is directly and indirectly linked with the livelihood of thousands of people in Jammu and Kashmir.

“The latest decision of the administration to abolish/refer and re-advertise the posts earmarked under these schemes needs to be rolled back in the larger interests of the public,” Bukhari urged the Lt. Governor.