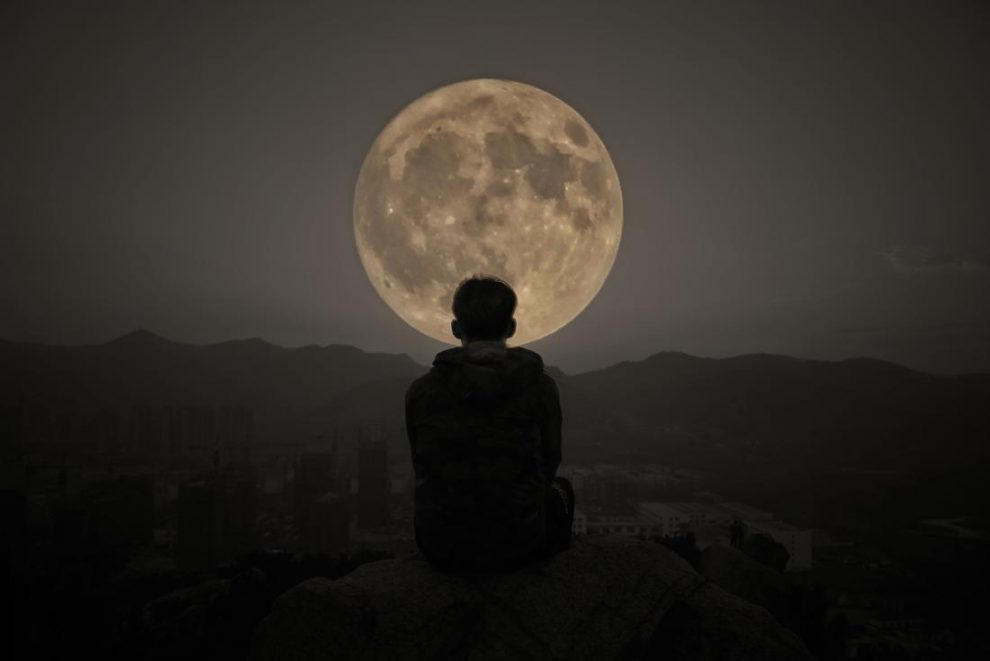 The old man looked at the moon with love, his eyes sparkled with anticipation. He had done this from past eighty years, just looking at the moon intently. When his heart danced with the moonlight, the birds were in slumber, softly dreaming in the trees.  Everywhere it was soft, still and fair in the moonlight like it was a silver-shelter from the sky.

His neck was thin and creased with lines the sun had written on his skin that had gone fine as paper, but this was not the first thing one noticed upon seeing the old man on his terrace. It was his eyes that were the color of the moon and cheerful in the reflected light like two bone-china white plates waiting for a slice of cake on the table.

He knew very well that he was in love with the moon for so long. What he did not know was the moon was also in love with him, so deeply that the moon secretly desired to remain in the eyes of the old man till eternity.

The moon was desire-less before the old man came along. Now the Universe was in a state of dilemma as the conscious planetary being moon had a desire, which was a breach of the laws of the universe. The universe pleaded, pressurized and did everything, but the moon was enjoying falling in love with the desire. Finally, the Universe had to grant the moon’s wish. That night the old man sobbed ecstasy. Then he lived as long as he wanted, blissful and ecstatic, with the moon in his eyes, basking in the glory of moonlight, every night!