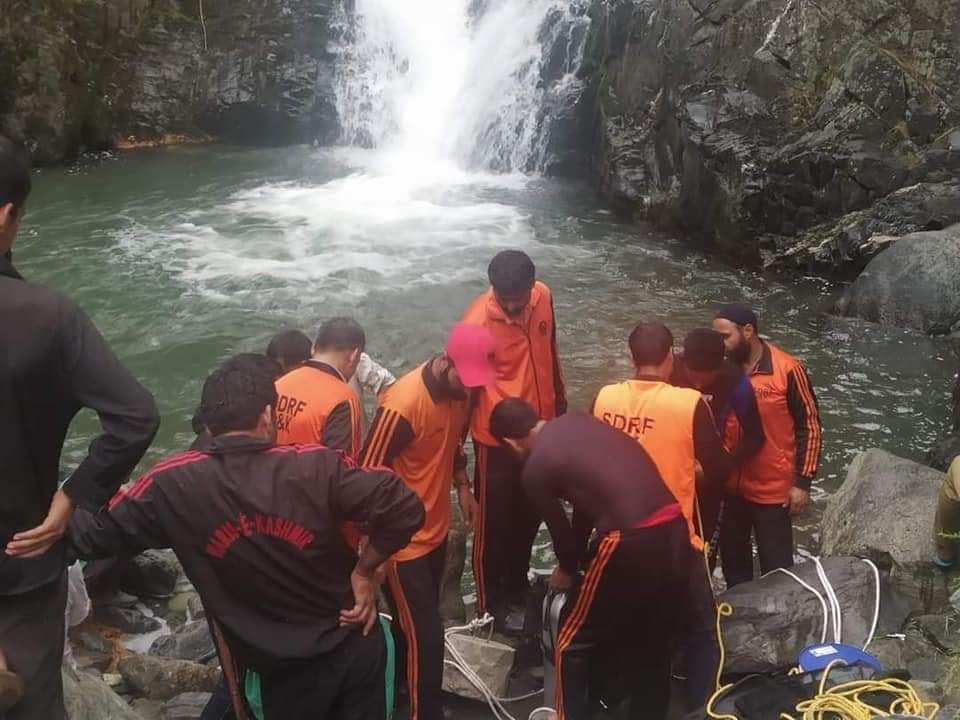 BARAMULLA: Body of a boy, who had gone missing from his home in Sheeri area of North Kashmir’s Baramulla district yesterday, was recovered on Tuesday, officials said here.

An official told that the boy identified as Suhail Ahmad Bhat son of Abdul Majeed Bhat of Badmulla area of Sheeri went missing from his home on Monday afternoon.

He said that after massive searches by SDRF team and Police, his body was recovered from Namlam waterfall today morning, where his clothes were found yesterday. “After completing all legal and medical formalities, body will handed over to his relatives for last rites,” he said.

The official added that he may have died of drowning, however, police have registered a case and started investigation in this regard—(KNO)

Non-local woman allegedly hanged to death by husband in Budgam
More rainfall in J&K in next 24-36 hours: MeT
Comment