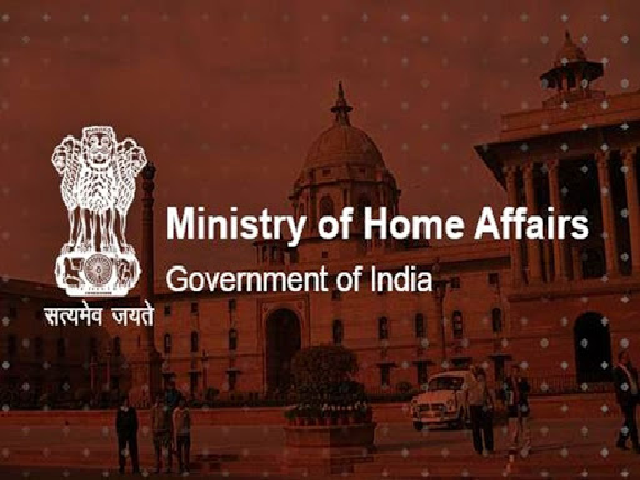 New Delhi:  With normal life going haywire due to the COVID-19 pandemic, the home ministry was busy almost the entire 2020 in formulating strategies for strict implementation of nationwide lockdown measures, subsequent reopening of livelihood and economic activities and providing relief to those hit by the restrictions like migrant workers.

The year also saw Union Home Minister Amit Shah personally taking charge to improve Delhi’s healthcare facilities and curb the spread of coronavirus – not once but twice – when the national capital saw an alarming rise in positive cases.

The Ministry of Home Affairs (MHA) got involved in a slugfest with Mamata Banerjee-led Trinamool Congress government in West Bengal over the state’s law-and-order situation in the wake of an attack on the convoy of BJP president J P Nadda in the state.

Soon after Prime Minister Narendra Modi announced a nationwide lockdown on March 24 in a bid to tackle the pandemic, its strict implementation became the responsibility of the MHA under the Disaster Management Act, 2005.

The act empowers the Union Home Secretary to issue all orders for the lockdown and reopening as he officiates as the chairperson of the National Executive Committee under the law.

Scores of lockdown orders, guidelines were issued since then, taking into account the spread of the virus, people’s needs, giving opportunities for livelihood and other issues.

The central government, however, received flak for the sudden announcement of the lockdown, which drove lakhs of migrant workers to leave their places of work even on foot, thus creating a humanitarian situation.

Soon, the Centre allowed state governments and Union Territory administrations to utilise the State Disaster Response Fund (SDRF), to which Rs 29,000 crore had been allocated for the next fiscal, for providing food and shelter to migrant workers hit by the lockdown.

The MHA also allowed the Indian Railways to run special trains to transport the migrant workers from various places to different destinations.

The unlock process in the country began on June 1 with the graded reopening of commercial, social, religious and other activities.

Since the issuance of the first order on lockdown measures by the home ministry on March 24, almost all activities have been gradually opened up in areas outside the containment zones.

While most of the activities have been permitted, some involving large numbers of people are being allowed with few restrictions and subject to SOPs being followed regarding health and safety precautions.

When Delhi witnessed a sudden spike in COVID-19 cases in June and in November, the Union Home Minister swung into action to handle the situation as reports came in about non-availability of beds, limited testing facilities and shortage of medicos.

On both the occasions, he ensured improved facilities by increasing the numbers of daily testing, hospital beds, ICUs, setting up temporary hospitals and COVID care centres and even flew in doctors and paramedics of paramilitary forces for deployment in Delhi.

A committee set up by Shah also fixed the rates for testing, beds in private hospitals, ICUs and isolation beds.

In the fag end of the year, the MHA was also involved in a bitter fight with the West Bengal government after an attack on the convoy of the BJP chief during his visit to the state on December 9-10.

First, the MHA summoned the state’s chief secretary and the DGP to Delhi to discuss the law-and- order situation in West Bengal, which they refused to oblige.

After Governor Jagdeep Dhankhar gave a report on the situation in the state, the MHA summoned three senior IPS to serve in central deputation. The MHA said the three police officers were responsible for the security during Nadda’s visit.

However, the West Bengal government refused to relieve the three officers citing shortage of manpower.

The MHA again summoned the state’s chief secretary and DGP for a meeting.

The two top civil and police officers again said that they were not in a position to travel to Delhi but offered to attend the meeting through video conference.

When the video conference was held, the MHA demanded that the three IPS officers be relieved forthwith, citing a clause of the Indian Police Service (Cadre) Rules, 1954 which say that in case of any disagreement between the central and state governments, the state governments concerned shall give effect to the decision of the central government.

Meanwhile, the West Bengal chief minister tweeted: “This move, particularly before the elections is against the basic tenets of the federal structure. It’s unconstitutional & completely unacceptable!”

“GoI’s (Government of India) order of central deputation for the 3 serving IPS officers of West Bengal despite the State’s objection is a colourable exercise of power and blatant misuse of emergency provision of IPS Cadre Rule 1954,” she added.

During 2020, the country has faced at least four major cyclones – Amphan, Nisarga, Nivar and Burevi – which together affected at least seven states and union territories.

The MHA was in the forefront in providing help in the way of rescue men, materials and funds.

During the year, the MHA has also announced the creation of a new grassroot elected body in Jammu and Kashmir – the District Development Council (DDC). The DDC elections for the 280 constituencies – 14 each in 20 districts – were held recently without much violence.

At the beginning of the year, a peace accord was signed with one of the dreaded insurgent groups of Assam – NDFB – providing political and economic bonanza, sans a separate state or Union Territory.

The All Bodo Students’ Union (ABSU), which spearheaded a movement for a Bodoland state since 1972, and another group called United Bodo People’s Organisation were also signatories to the accord.

The tripartite agreement was signed in presence of union home minister, Assam Chief Minister Sarbananda Sonowal besides others.

The home minister described the agreement as “historic” and it will bring permanent solution to the decades old problems of the Bodo.

“This agreement will facilitate all round development of the Bodo areas, their language and culture will be protected without compromising the territorial integrity of Assam,” he said.

The home minister said due to the violence perpetrated by the Bodo militants, over 4,000 people lost their lives in the last few decades.