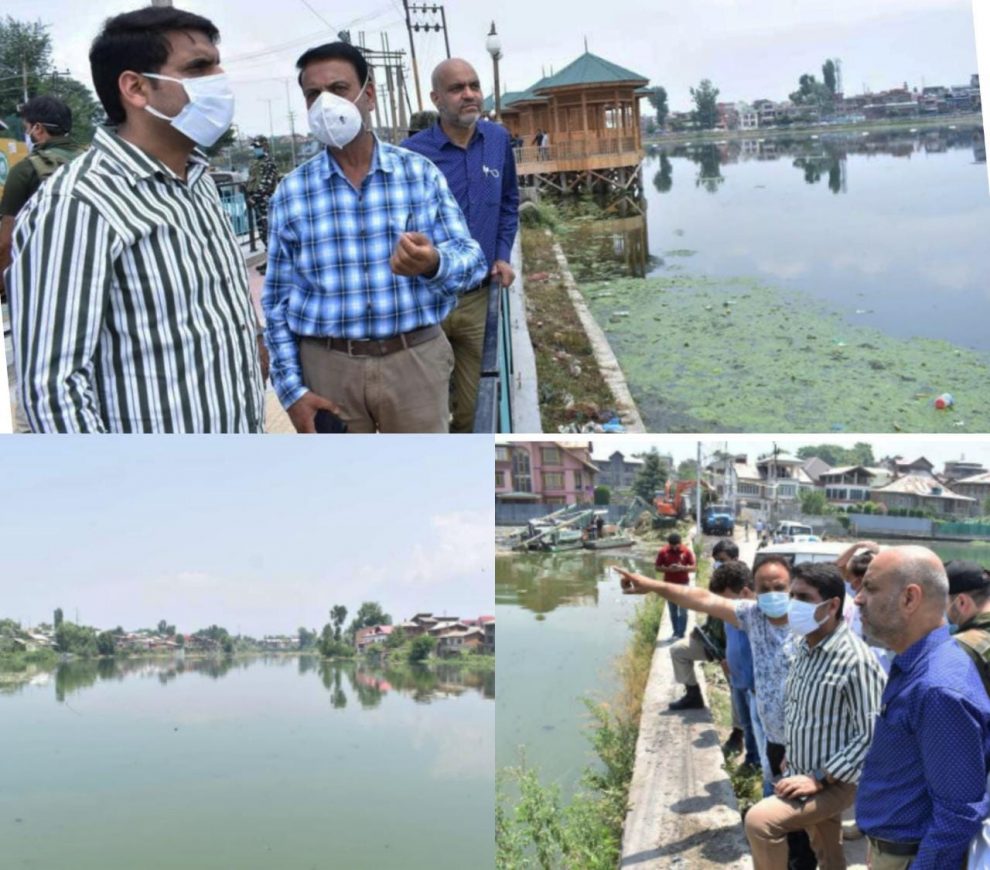 SRINAGAR, JULY 17: In order to speed up the ongoing process of rejuvenation and restoration of Water bodies in the district, the District Development Commissioner (DDC) Srinagar, Mohammad Aijaz Asad today visited under restoration Gilsar Lake and Babademb.

The DDC inspected the restoration works undertaken for cleaning of these water bodies to revive their decades old glory.

On the occasion, it was informed that a major chunk of Gilsar has been cleaned and restored due to which migratory birds are being seen in Gilsar after decades.

While appreciating the efforts of the officers team, the DDC directed them to work with added zeal and dedication in coordinated manner to achieve the set goal of complete restoration of historical water bodies in Srinagar district.

The DDC also instructed them to expedite the restoration works on restoring Springs in the area at the earliest.

On the occasion, the DDC said these wetlands used to be a rich belt of birds of local and of migratory origin. He said all possible measures are being taken for restoration of historical Water bodies in Srinagar to achieve visible impact on ground.

The restoration of these water bodies will not only enhance the scenic beauty and environment of the areas but also generate vast opportunities of employment for local youth, the DDC added.

He also appealed to people to stop littering and throwing garbage in waterbodies leading to their degradation which poses great threat to the human existence. He also asked the concerned officers to gear up the surveillance teams and intensify the anti encroachment drive along all water bodies and take strict action as per law against the persons indulging in littering and damping garbage into these natural resources

Pertinent to mention that the Water Channel of Nala-e-Amir Khan has been fully restored and has been made navigable and is ready to start inland water transport along the Channel.

Similarly, the core portion of the Water Body of Khushaal Sar has also been cleaned by removing the plastic waste and weeds deposition since decades.

The restoration work on Gil Sar is near to completion and will be the third Water body restored in Srinagar district after Nala-e- Amir Khan and Khushaal Sar.

The DDC was accompanied by the Chief Planning Officer,  Superintendent Engineer I&FC, Tehsildar and officers from SMC and other concerned departments.