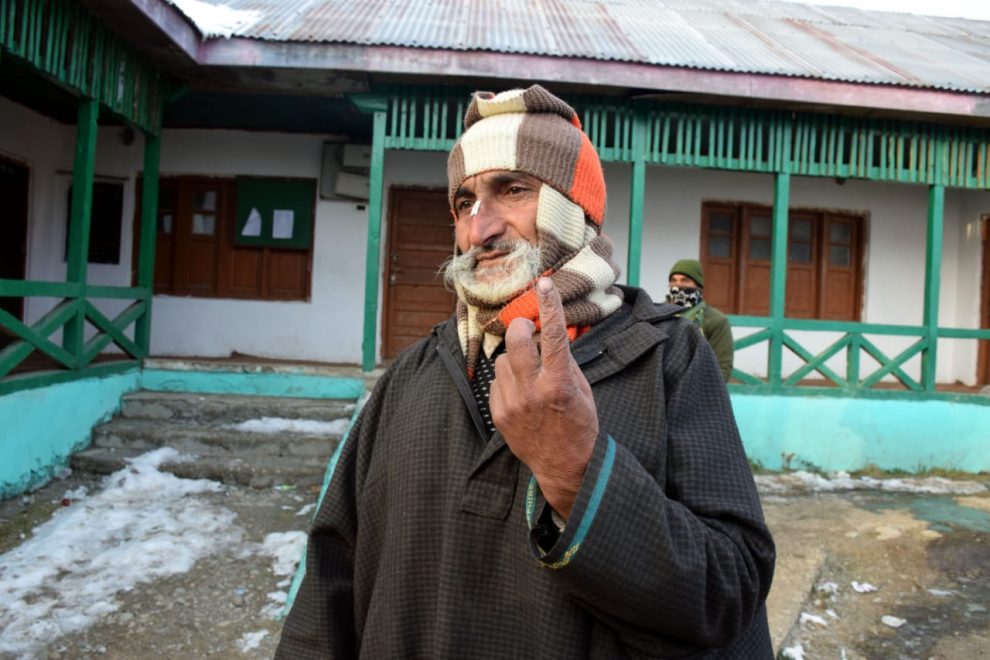 Jammu: The sixth phase of the District Development Council (DDC) elections in Jammu and Kashmir on Sunday witnessed 42.79 per cent voter turnout till 1 pm across 31 constituencies in 18 districts, officials said.

The polling has been smooth in the union territory so far with no untoward incident being reported from anywhere, they said.

Rajouri district in Jammu has recorded the highest voter turnout of 63.07 per cent so far, while Shopian district in south Kashmir the lowest at a meagre 3.66 per cent, the officials said.

As per the figures released by the office of the State Election Commissioner, Jammu Division recorded 56.90 per cent voting, while Kashmir Division registered an overall polling percentage of 26.28 per cent up to 1 pm.

The polling ended at 2 pm, but the final figures are yet to be released.

In Jammu Division, where most parts were engulfed by dense fog early in the morning, enthusiastic voters started thronging the polling stations at various places even before the start of the voting at 7 am.

In the sixth phase of the DDC polls, voting was held in 31 DDC constituencies — 14 in Kashmir Division and 17 in Jammu Division.

The maiden DDC elections, to be conducted in eight phases, commenced on November 28, and so far voters in 221 constituencies, out of total 280 across 20 districts, have registered their choice.

The DDC polls, which are being held along with by-elections to panchayats, is the first democratic exercise in Jammu and Kashmir since it was reorganized as a union territory last year.

Counting of votes is slated to take place on December 22.