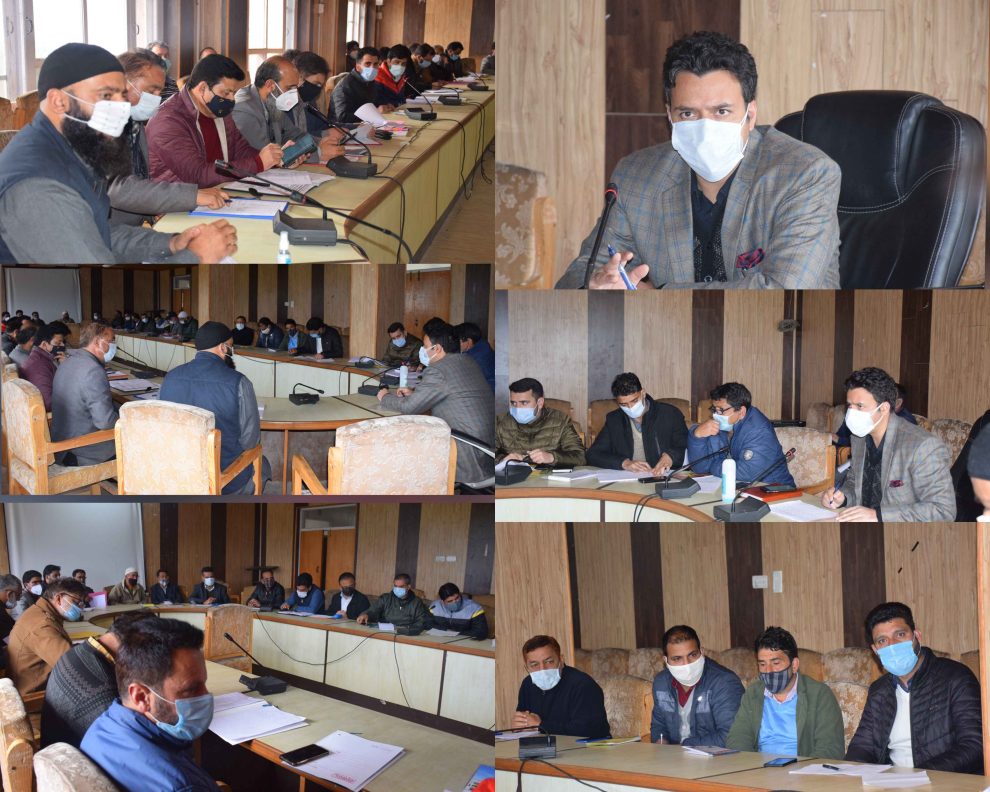 During the meeting, the DDC reviewed progress made under, SEHAT Scheme, ICDS Schemes, Marriage Assistance, JSY, KCC, PMAY-G and other schemes besides the progress of languishing projects, B2V works, PMGSY, JJM was also reviewed.

The DDC directed the concerned to enroll all left out beneficiaries under SEHAT Scheme and ensure cent percent saturation of the district under the SEHAT Scheme.

Regarding the progress in Aadhaar seeding, the meeting was informed that 96 per cent seeding has been done for different pension schemes. Aadhar seeding in other schemes was also reviewed during the meeting and stress was laid for cent percent aadhar seeding of all schemes.

The DDC also laid thrust on cent percent saturation of social security & beneficiary-oriented schemes and instructed to sensitize people about these schemes so that they can avail benefit under these schemes and programmes.

Under PMAY-G it was given out in the meeting that 1090 houses have been constructed so far in the district and Rs. 17.59 crore has been disbursed through DBT mode to beneficiaries under PMAY-G.

The DDC took a detailed review of all other schemes during the meeting.   Later The DDC also reviewed the status of Languishing projects, which are under execution of various executing agencies.

He further asked the concerned functionaries to closely monitor the ongoing development works for their implementation and to achieve the set targets.