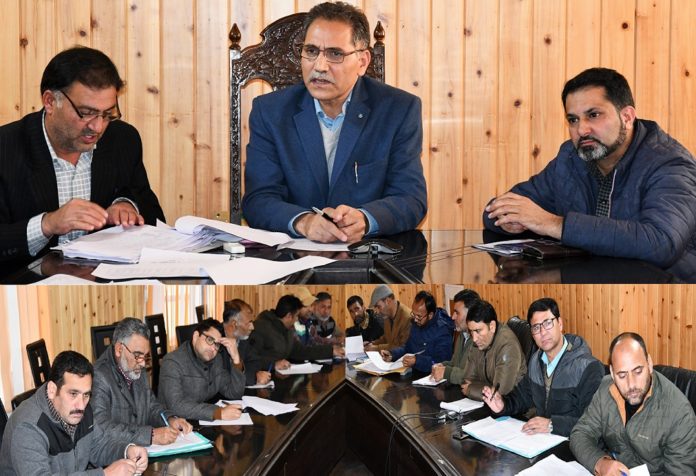 GANDERBAL, NOVEMBER 06: District Development Commissioner, Ganderbal Hashmat Ali Khan today chaired a meeting with the Revenue officials to discuss the status of Vacant State Land and Kacharie in the district.

The Tehsildars briefed the meeting about the status of vacant land in their concerned tehsils.

A detailed discussion was held regarding the availability of vacant land in the district and Tehsildars were directed to submit the data of the vacant land both the State land and Kacharie in the category of 1-10 Kanals, 10-100 Kanals and above 100 kanals.

DDC also sought the views of the respective Tehsildars in respect of utility of the vacant land under the referred categories.

He directed the Tehsildars to start the anti-encroachment drives in their respective tehsils especially along the banks of river Sindh and important stretches and demolish all illegal structures raised on state land as well as Kacharie in the district.

The meeting also reviewed the status of Jamabandies in the district.