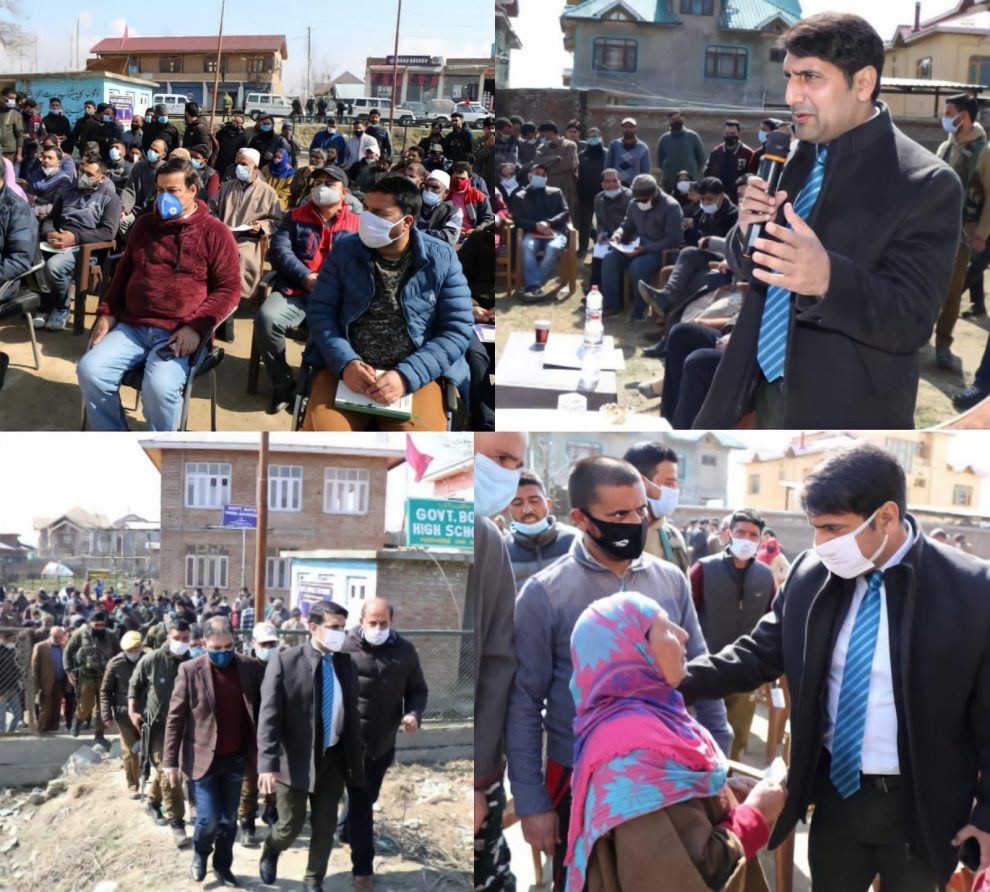 The Weekly Block Diwas programme was held within the premises of Boys High School, Panzinara which witnessed large participation of people from Panzinara-A, Panzinara-B and other adjoining areas of Shalteng Tehsil of Srinagar District.

During the Grievance Redressal Camp, local DDC members, PRI representatives, Public delegations and scores of individuals projected various issues and demands before the DC particularly the long pending issue arising out of jurisdictional dispute with Baramulla and Bandipora.

Besides, they also demanded for macadamization of roads, augmentation of water and power supply, repairs of drainage system, bank ATM facility, establishment of veterinary center and construction of Common Facilitation Center in the area.

After giving patient hearing to the grievances and demands of the public, the DC sought on the spot response from the concerned District Officers present during the Grievance Redressal Camp.

He also assured the people of Panzinara and other adjoining areas that all genuine demands and issues projected by them will be taken up with concerned authorities on priority particularly with regard to jurisdictional issues. The DC also gave on the spot direction to the concerned officers for time bound redressal of the public issues.

Addressing the gathering, the DC said the purpose of holding such grievance redressal Camps is to take appraisal of local issues from the general public for precise and on-ground assessment for time bound redressal.

He said such programmes also provide feedback to the Administration to shape its interventions for the public good and reach to the doorstep of the people instead of them visiting the DC office or other Government Offices.

The DC also asked the concerned elected public representatives to work out the developmental plan with local people for next financial year and finalize it by or before March end.

On the occasion, the DC directed the concerned executing agency to speed up the pace of work on the project to ensure its timely completion.