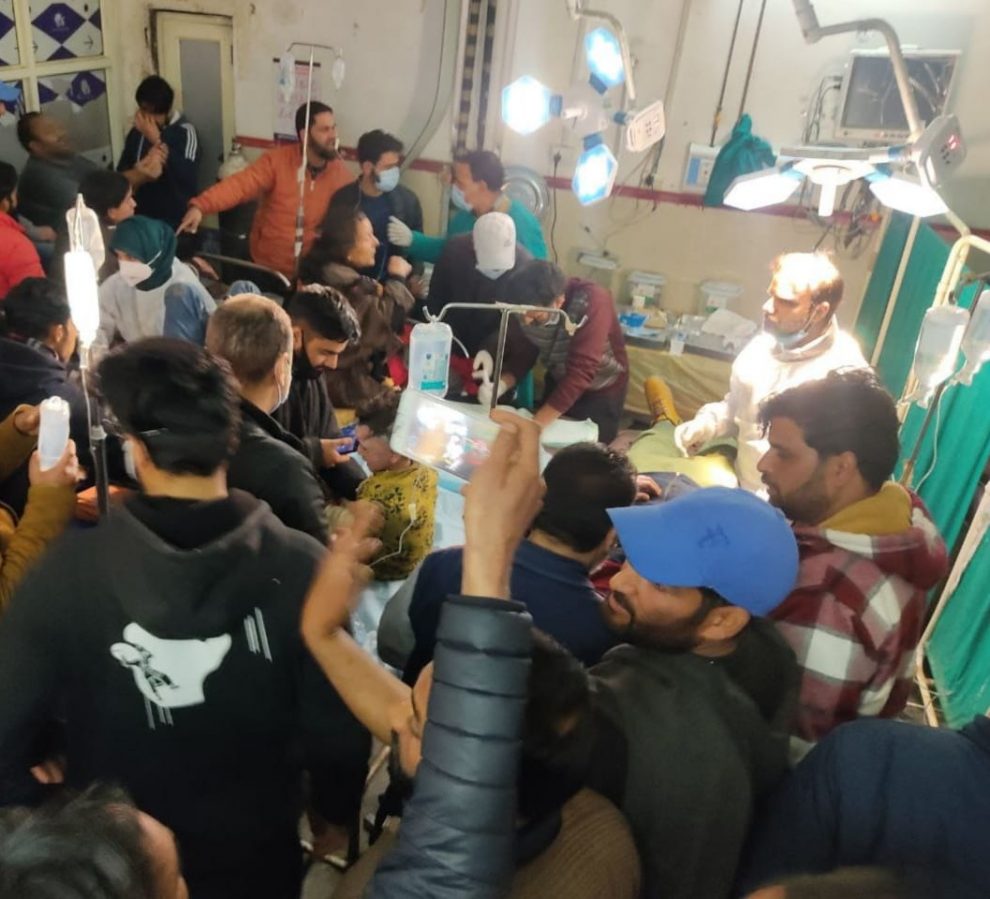 ANANTNAG: Atleast 11 persons were injured in a gas explosion at Maternity and Child Care Hospital (MCCH) in Anantnag on Tuesday.

An official from the MCCH Anantnag said that an explosion probably due a leakage in heating gas occured at ticket section in MCCH Anantnag.

He said that 11 persons including two kids and some employees were injured in the incident. He added that all of them have been shifted to GMC Anantnag for treatment.

An official from GMC Anantnag told that 11 persons are being treated at GMC Anantnag and all have minor injuries.

He said that the injured include two kids and three employees and all are stable.

He identified the injured as Fayaz Nazir of Malknag and Sahil Raina of Bijbehara (both employees), Muhammad Abbas of Srigufwara, Sahil Khaliq of Warwan, Bittu Singh of Palpora Kulgam, Juniad Ahmed of Kokarnag, Zakir Tariq of Kachwan, Manan Javaid of Malknag, Rehana Farooq of DK Pora and mother-daughter duo Bilkesa Akhtar and Ruby Manzoor, both residents of DK Pora Anantnag.e

Meanwhile, Deputy Commissioner (DC) Anantnag, Dr. Piyush Singla has taken cognizance of the incident and ordered enquiry in this regard.

According to a tweet by DC, an enquiry has been ordered by ADC level official into the incident. He said that the government will also bear all medical expenses of the injured—(KNO)