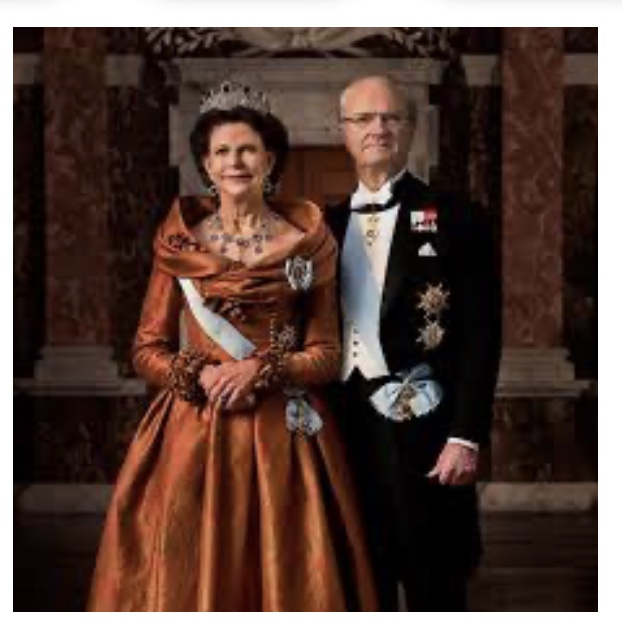 Within a week of criticism India on Kashmir, the Royal couple of Sweden of set to arrive in India to a warm welcome.

Earlier last week, Sweden Foreign Minister, while speaking in the Parliament, took a critical view of the situation in Kashmir and asked India to initiate dialogue for peace.

Meanwhile, King Carl XVI Gustaf and Queen Silvia of Sweden will arrive in Delhi for a five-day visit to the country beginning on Monday.
According to a revised itinerary issued by the Ministry of External Affairs (MEA), the royal couple is scheduled to arrive in the national capital in the morning. They were earlier slated to arrive here on Sunday. The visit is taking place at the invitation of President Ram Nath Kovind. This is the Swedish King’s third visit to India, the earlier visits being in 1993 and 2005.
The Swedish King will meet External Affairs Minister S Jaishankar. Following this, the visiting dignitary will receive a guard of honour at the Rashtrapati Bhawan.
The royal couple will lay a wreath at Rajghat, the memorial of Mahatma Gandhi.
During the visit, the Swedish King will have meetings with the President, Prime Minister Narendra Modi and External Affairs Minister on bilateral and multilateral issues of mutual interest, the MEA had said in a statement earlier this week.
Exchange of agreements between the two sides will also take place later in the day.
“His Majesty will lead a high-level business delegation for engagements with Indian counterparts. Several documents on furthering bilateral engagement are likely to be signed,” the ministry said.
An India-Sweden high-level dialogue on innovation policy will also be held during the royal couple’s visit.
The royal couple will visit prominent monuments of Delhi like Jama Masjid, Red Fort and Gandhi Smriti.
On Tuesday morning, a programme on tackling emissions and air pollution will be held at the India Habitat Centre.
The royal couple will proceed to Mumbai on Wednesday where they will meet Maharashtra Governor BS Koshyari.
The Swedish King and Queen will next visit Uttarakhand. They will visit Ram Jhula Bridge and Bathing Ghat in Rishikesh and are expected to inaugurate a Sarai Sewage Treatment Plant in Haridwar.
On Friday, the royal couple will emplane for Stockholm via Delhi.
India and Sweden had a bilateral trade turnover of USD 3.37 billion in 2018 and cumulative investments of about USD 2.5 billion since the year 2000.
“Bilateral relations between India and Sweden are friendly and based on principles of democracy and transparency, right to freedom, and rule of law. Regular interactions in political, business, scientific and academic spheres have provided dynamism to our bilateral ties,” MEA had said.