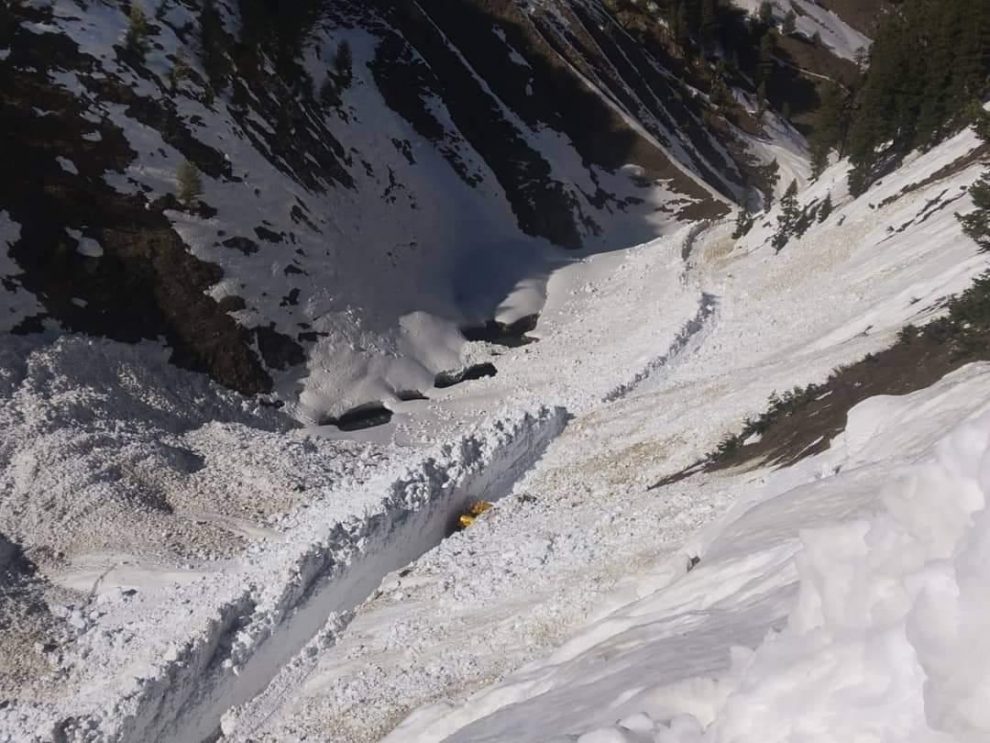 An official told the news agency that the Razdan Top has received at least 6 inches of fresh snow, while light to moderate rainfall lashed plains in the district.

As already reported by KNO that the snow clearance operation on the road was completed on Sunday after the road remained closed for winter months due to the heavy accumulation of snow along the road.

Beacon officials had said that after snow clearance, the traffic movement on the road would be restored only after the permission of deputy commissioner Bandipora.

DC Bandipora, Dr Owais Ahmad had told KNO that traffic would be restored on the road once weather was favourable.

Meanwhile, the Meteorological Department issued an advisory regarding light to heavy rains or snowfall during next three days in Jammu and Kashmir with main activity on Tuesday and Wednesday.

“In view of a fresh western disturbance, the weather authorities has forecast fresh rains or snow for next three days with main activity during April 6 and 7.”

An advisory issued by the MET department reads that a fresh western disturbance has affected the Jammu and Kashmir and light rain thunder on 5th April and main activity (moderate rain, snow and thunderstorms with gusty winds 30-40 KMPH) is expected on 6th and 7th April.

It reads that the system is likely to cause heavy rain and snow mainly in upper reaches of Kashmir including Gulmarg, Sonmarg, Baramulla, Bandipora, Gurez-Tulail, Kupwara, Karnah Sector, Shopian, Qazigund-Banihal axis, Pirpanjal Range of Jammu Division, Dras, Gumri-Minamarg, and Zanskar subdivision of Ladakh—(KNO)