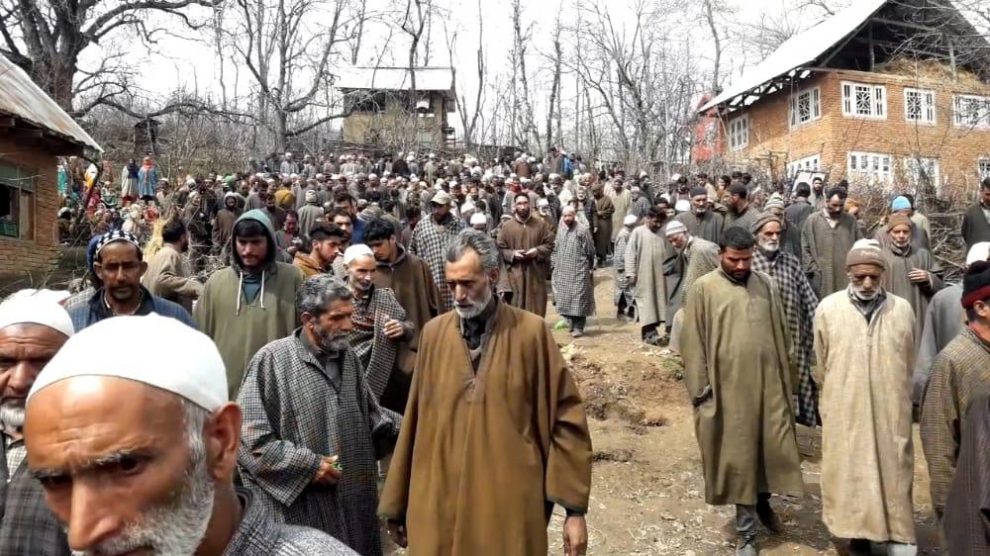 Kulgam, Mar 16: A day after being injured by a leopard in Damhal Hanjipora area of South Kashmir’s Kulgam district, an elderly man succumbed to his injuries at SKIMS, Soura on Tuesday.

An official told the news agency— that the man identified as Abdul Samad Mir (55) was outside his home in the Chek-i-Ramberpora area of D H Pora when he was attacked by the wild leopard last evening.

“He was shifted to district hospital Kulgam where from doctors referred him to SKIMS, Soura for specialized treatment but his injuries were very grievous and he succumbed today,” said the official.

Samad was the third person injured by the leopard on Monday. Earlier two persons were injured in a leopard attack in the area.

Later today, victim’s kin and residents of Damhal Hanjipora took to the streets to protest government’s inaction over repeated leopard attacks in the area.

Protesters raised slogans against the local administration and demanded Wildlife control room in the area to ensure safety of citizens.

“There is a wildlife control room in Devsar area of Kulgam which is almost 30 Kilometers far from Damhal Hanjipora. Authorities must set up a control room here as well,” said a protester.

How should India’s policies evolve in response to China’s rise: Read an excerpt from former NSA Shivshankar Menon’s book