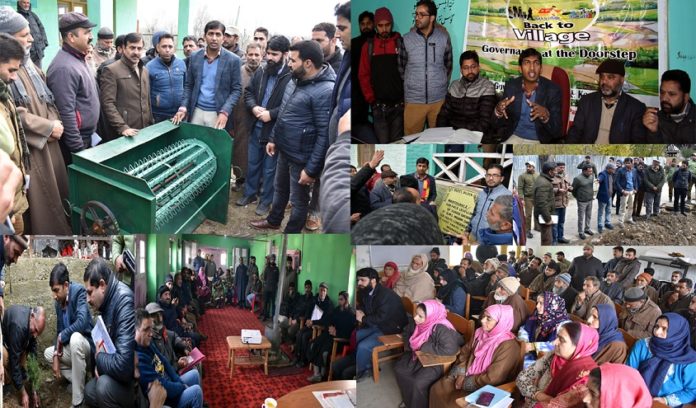 KUPWARA, NOVEMBER 29: On the third and concluding phase of ‘Back to Village-2’ (B2V2) Programme, 127 Panchayat Halqas were covered across Kupwara district, where visiting officers interacted with people, convened Gram Sabhas and assessed the requirements with regard to their developmental issues.

The DDC also inspected under Construction Bridge, at Hatmulla, connecting Hatmulla with other villages. DDC asked concerned engineers to remove the bottle necks and speed up the construction work.

At Muqam-e-Shah Wali village, the DDC planted Pine Saplings and participated in Gram Sabha. He informed the villagers that the Government is committed to address all developmental issues of every village, projected in Gram Sabha during Back to Village Programmes. He said Rs.5 lakh have been spent in the village for the development of various small works including improvement in water supply.