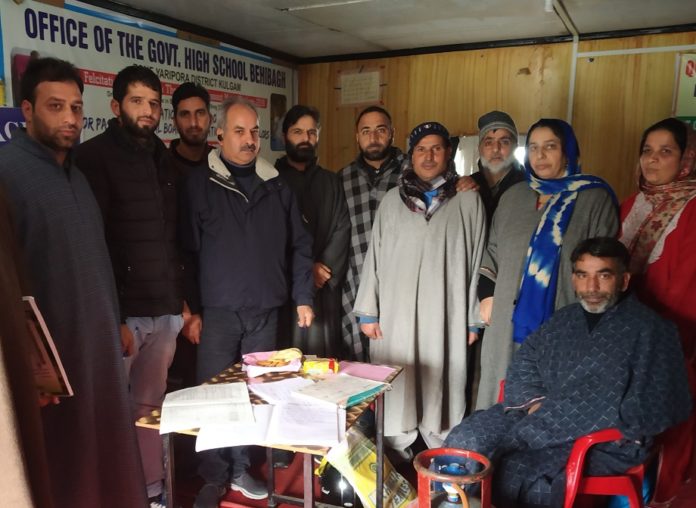 KULGAM, NOVEMBER 29: On the fifth day of the second phase of Back to Village (B2V2) programme in Kulgam, various functions were held in 59 panchayats in the district.

Gram Sabhas were held in various areas of the district and visiting officers interacted with the people and profiled the developmental needs in all the panchayats. The officers also inspected several developmental projects in these areas to take a review of the status of these work projects.

Inspections were also carried out, of anganwadi centers, schools and health institutions where the officers reviewed the functioning of these institutions. Under the programme several work projects were also inaugurated in the district.

Under Secretary Information and Public Relations, Manoj Kumar, who is visiting officer of Hanjan Behibagh areas inspected various institutions which includes Government high school Hanjan Behibagh where he took stock of the functioning of these institutions.