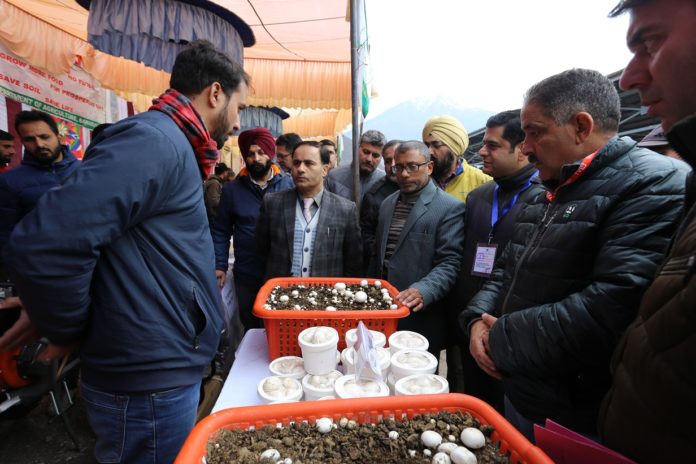 BARAMULLA, NOVEMBER 29: On the fifth day of the second phase of “Back to Village” programme (B2V2), a mega distribution camp was today organized in the frontier Salamabad village of Uri with District Development Commissioner (DDC) Baramulla Dr G N Itoo as the chief guest.

A large gathering of people from Uri and its adjoining areas, panchayat representatives, and other prominent persons participated in the camp.

The DDC also inaugurated and laid foundation stones of various community assets under MGNREGA and 14th FCA meant for the overall development of the area. He also inaugurated Bandi-Paranpillan bridge constructed by NHPC at an estimated cost of Rs 11.5 crore.

On the occasion, various items including set top boxes, school books and uniforms, valuable fruit bearing trees, authority letters for vehicle permissions, kisan tools and other items of vital significance were distributed among the beneficiaries. He also distributed cheques worth Rs 20.36 lakh among 277 Building and other Construction Workers as financial assistance registered by the labour department. A plantation drive was also kick-started on the occasion.

Speaking on the occasion, DDC highlighted the objectives of the programme and said that the programme is a milestone in achieving rural development besides listening to the grievances and issues of rural folk at their doorsteps. He stressed upon the people to avail the benefits that can reach to them under the programme. He also highlighted various achievements made by the district administration in various sectors and said that various initiatives have been taken to develop the border areas.

SSP Baramulla, regional head NHPC, heads of various departments, district and sectoral officers and other concerned authorities were present on the occasion.