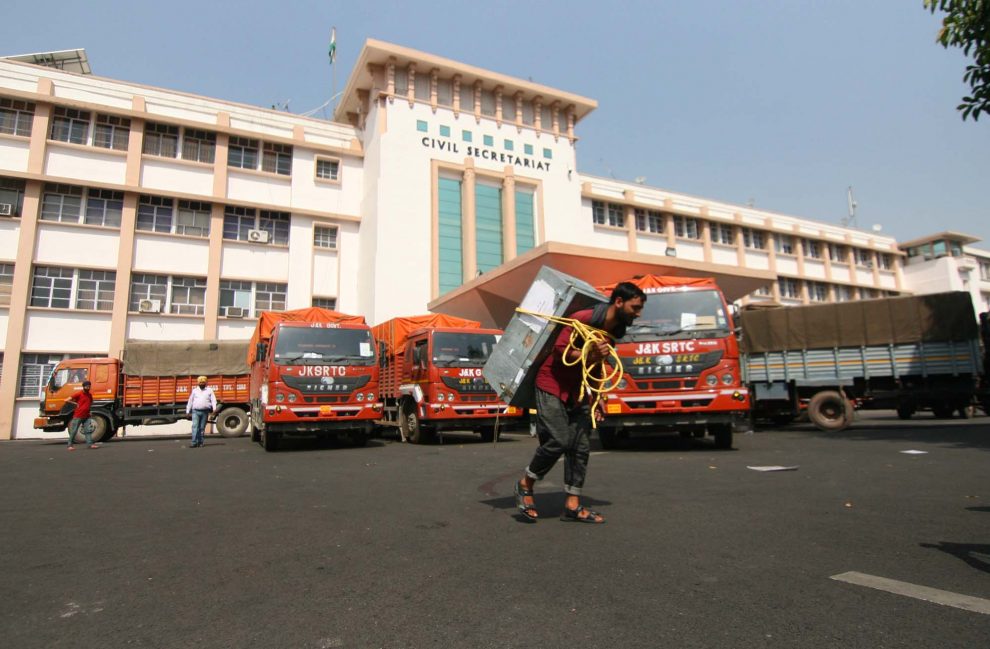 Jammu: Asking Darbar Move employees to vacate accommodations in three weeks, the Jammu and Kashmir government has ended 149-year old tradition of bi-annual shifting of capitals between Srinagar and Jammu.

An official told The Dispatch  around 10000 employees are working in Civil Secretariats, with headquarters in Jammu and Srinagar and these employees would also move along with files twice every year. While Srinagar served as the summer capital, Jammu was the winter capital.

“The exercise cause expenditure of Rs 200 crore per year,” he added

Sinha had on June 20 announced that the Jammu and Kashmir administration has completely transitioned to e-office, thereby ending the practice of the bi-annual ‘darbar move’.

“Cancellation of allotment of residential accommodation of officers/officials at Srinagar who are stationed at Jammu, and at Jammu, who are stationed at Srinagar. Employees shall vacate their government residential accommodation under occupation within 21 days from the date of issuance of this order,” reads the order of the Commissioner Secretary, Estates Department, M Raju.

Employees from Jammu had been allotted residential accommodation in Srinagar and those from Srinagar in Jammu.

The estates department has 4,678 dwelling units in the Union Territory, comprising 3,200 units in Jammu and 1,478 units in Srinagar. Many of the employees are also having private accommodation provided by the government.

Another official informed that the Now both the Jammu and Srinagar secretariats can function normally for 12 months. “This will save the a lot of money, which will be used for the welfare of the deprived sections,” he had said.

The practice, under which the administration used to function in Jammu during the six months of winter and in Srinagar during the summer, was started by Maharaja Gulab Singh in 1872.

The tradition was continued after 1947 by J&K’s political class, as it acted as a major bridge and a space for interaction between two diverse linguistic and cultural groups of Kashmir and Jammu regions.

It was former Chief Secretary B.V.R Subrahmanyam who, on March 31 last said the government had taken concrete steps to switch to paperless office by rolling out e-office in the moving departments.

The administration has uploaded official records to the e-office. “The switch to the online mode will avoid wear and tear as well as loss of official record during the bi-annual transit, besides saving the associated transportation cost,” the government said.

Then Chief Justice Gita Mittal and Justice Rajnesh Oswal of the J&K High Court in 2020 suggested the discontinuation of the tradition, saying “it burdens the exchequer”.

“If this practice was rationalised, the amount of money, resources and time, which could be saved, could be utilised towards the welfare and development of the Union Territory, which has otherwise witnessed much turmoil. It could be utilised for protection and propagation of culture and heritage of the communities,” the court had observed.

However, the residents of J&K have never opposed the tradition, which also resulted in an additional economic activity for both the capitals.