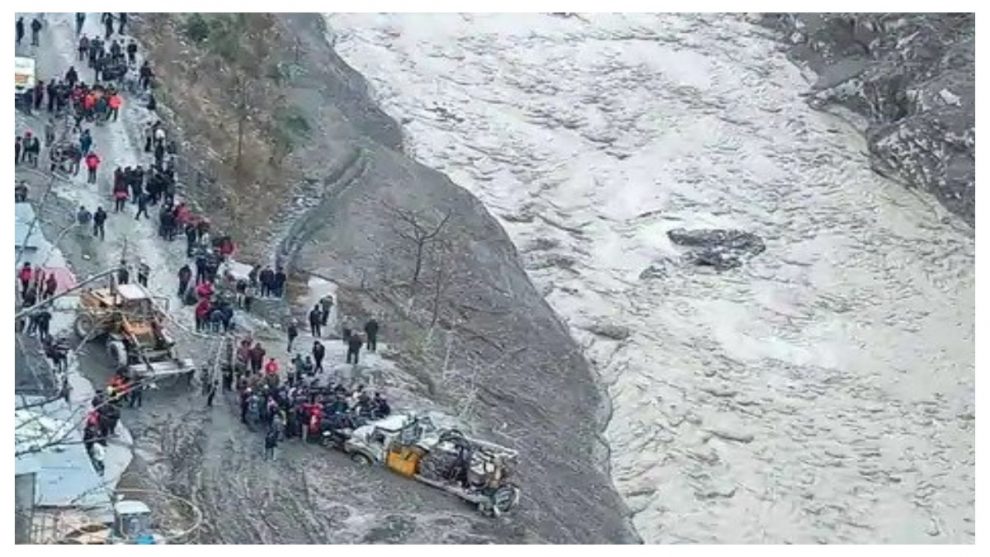 After the formation of a “dangerous” lake near Raini village in Joshimath following the glacier burst causing massive destruction in Chamoli, the State Disaster Response Force (SDRF) has reached the spot, informed Uttrakhand Police Headquarters.

The existence of the lake which was formed due to the accumulation of debris carried by Rishiganga was later confirmed through high-resolution satellite images. And authorities are working hard to avoid another disaster, should water from this lake gush through a breach.

“SDRF team has reached the lake that has formed upstream of Raini village near Tapovan. Though it is a lake, water is discharging from it. The lake appears to be around 350 metres long. We will get more information after the team returns,” said Nilesh Anand Bharan, Deputy Inspector General of Police (Law and Order).

Earlier on Friday, Uttarakhand Chief Minister Trivendra Singh Rawat told media persons, “We have information about a lake that has been formed near Raini village in Joshimath. The lake is being monitored through satellites. Right now, we need to be cautious, but there is nothing to be worried about.”

“It is about 400 metres wide. We do not know the depth. A team of scientists will visit the site to keep a check on it. They will air-dropped on the site for 3-4 hours through a helicopter and will submit a report. The Air Force is ready for this,” he added. Meanwhile, the death toll in the Uttarakhand glacier burst incident reached 38 on Friday. According to police, 166 people are still missing following the incident.

The rescue operations that were temporarily halted following a rise in the level of water in the Rishiganga River yesterday will also be resumed today, said Uttarakhand Director-General of Police (DGP) Ashok Kumar.

“The rescue team will resume the drilling operation in the Tapovan tunnel to gain entry into a smaller tunnel which is 12 meters below the existing tunnel as there is a possibility of human presence there,” he said. A glacier broke in the Tapovan-Reni area of Chamoli District of Uttarakhand on Sunday, which led to massive flooding in Dhauliganga and Alaknanda rivers and damaged houses and the nearby Rishiganga power project.