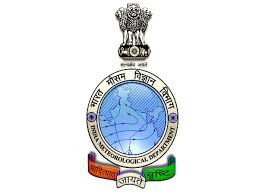 The India Meteorological Department (IMD) on Thursday informed that a cyclonic circulation is hovering over the south-east Arabian Sea and adjoining Maldives area in lower and middle tropospheric levels.

The IMD predicted that Tamil Nadu, Puducherry & Karaikal, Kerala & Mahe, and Lakshadweep area are highly likely to receive scattered to fairly widespread rainfall with moderate thunderstorm and lightning over the next two days.

The rainfall activities are expected to subside subsequently. Also, there is a forecast of isolated heavy falls over Tamil Nadu, Puducherry and Karaikal, and Kerala and Mahe during the next 24 hours.

In another tweet, the IMD said the conditions are becoming favourable for the cessation of north-east monsoon rains over Tamil Nadu, Puducherry and Karaikal, Kerala and Mahe, and adjoining areas of coastal Andhra Pradesh and Yanam, Rayalaseema and South Interior Karnataka around January 19, 2021.

Informing about the weather conditions of north-west India, IMD tweeted that the minimum temperatures are very likely to remain below normal over the most parts of north-west India during the next three days due to the prevalence of dry north/northwesterly winds.

Consequently, Punjab and Haryana, Chandigarh and Delhi, Uttar Pradesh and Bihar are likely to experience dense-to-very-dense fog in a few pockets, and cold-to-severe-cold day conditions in isolated pockets over the next three days.