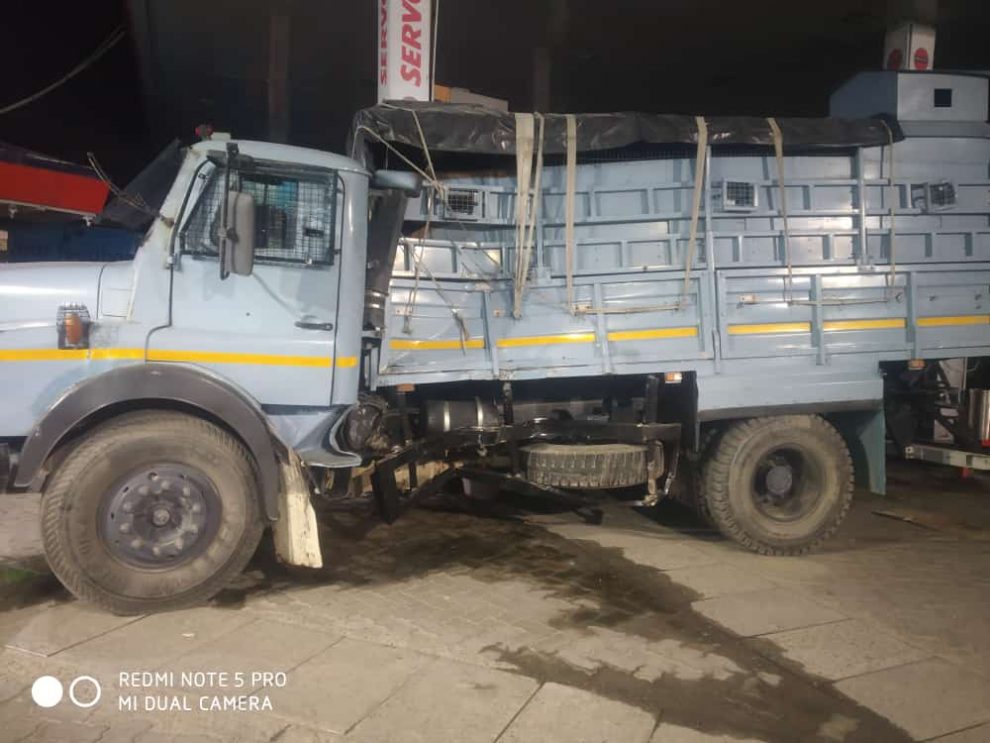 SRINAGAR: A paramilitary CRPF personnel was killed and 12 others along with a civilian were injured in an accident near Hyderpora here last night, officials said on Tuesday.

They said that there was a collision between L.P truck (No.JK05K-7200) and CRPF vehicle truck (HR55AC 5705) of 181 battalion CRPF near IQ Mall Hyderpora. Twelve CRPF men and a civilian were injured in the accident and one of the paramilitary personnel succumbed to injuries later, they said.

Conductor of truck Tanveer Hussain Dar of Balhama here has been shifted to SMHS hospital for treatment.

They said that the CCTV tower near petrol pump Hyderpora has also got damaged due to the accident. Confirming the accident, a police officer told that a case has been registered while investigations are underway. Driver of the civil truck Irshad Hussain son of Ghulam Mohammad Dar of Balhama Srinagar has been arrested. (GNS)