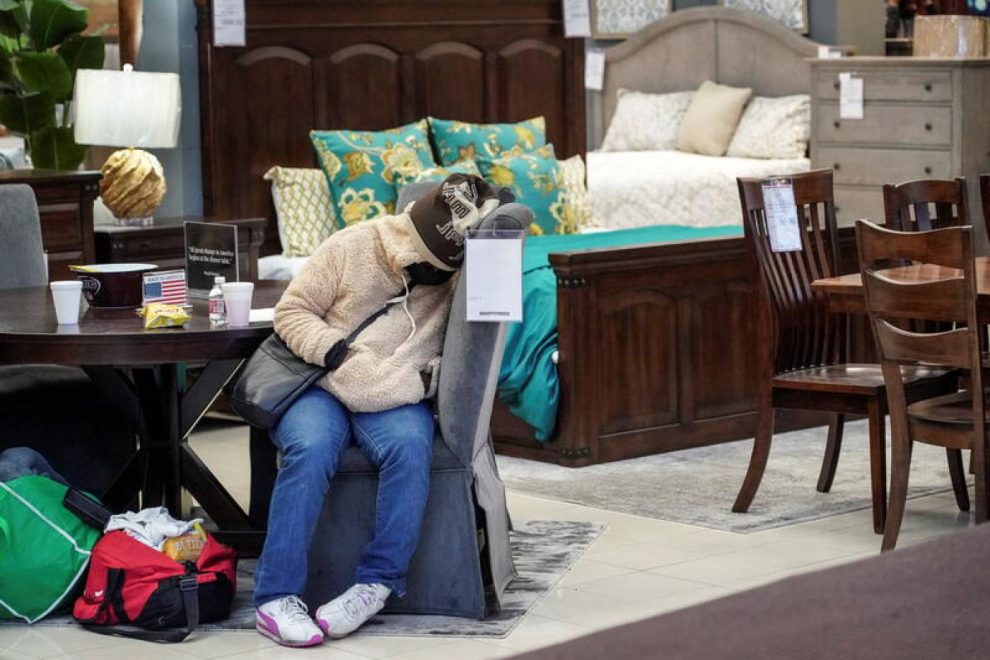 Crowdfunding has led to a surge in donations to accommodate and feed homeless people in Austin, Texas, in the midst of a deadly storm that has left millions without power.

Within less than a week, more than $235,000 has poured in from across the United States and abroad on the fundraising platform GoFundMe, helping nonprofit Austin Mutual Aid.

The storm has engulfed much of the United States, leaving millions in Texas, the nation’s second most populous state, without power for three days, and killing at least 21 people across four states.

The homeless population in Texas is particularly vulnerable, with cities across the state scrambling to provide shelter in hotels, churches, and other buildings, and state capital Austin estimated to be home to about 2,500 homeless people.

“The funding coming in from around the world really is a huge weight off our backs,” said Bobby Cooper, who founded the volunteer-run Austin Mutual Aid in March 2020 in response to COVID-19.

He said they have received reports of people dying in the streets and local authorities should have done more to prepare shelters when they knew a storm was coming.

Austin Mayor Steve Adler blamed the power failures on a lack of preparedness and also called for reforms.

“We could have done this work before the storm hit,” Cooper said. “These were preventable deaths.”

The nonprofit is spending thousands on hotel rooms and food, often by cash and credit from local volunteers, many of whom are low income and need to be reimbursed quickly, Cooper said, adding so far they had helped more than 400 people into hotels.

Supporters in the United States are also donating thousands more through the payment app Venmo.

About 27,000 people are homeless on any day in Texas as of January 2020, according to the U.S. Department of Housing and Urban Development (HUD).

Cooper said dozens of volunteers have been driving around the city to find and help homeless people.

But it is getting increasingly harder to find vacant hotel rooms and other spaces for people to shelter, said Eric Samuels, president and chief executive of the Texas Homeless Network, which supports homeless agencies across the state.

He said communities need to find whatever space they can, from convention centers to city-owned buildings with power.

Samuels said COVID-19 has made their efforts especially difficult due to social distancing and a lack of volunteers.

“During these times, we need more facility space than we ever would because we have to keep people separated,” he said.

About 37% of the homeless population in Texas is Black, according to HUD, despite making up only 13% of the total state population of about 29 million.

“The unhoused, the poorest populations, people of color – they’re at the end of the priority list with any disaster,” said Cooper.