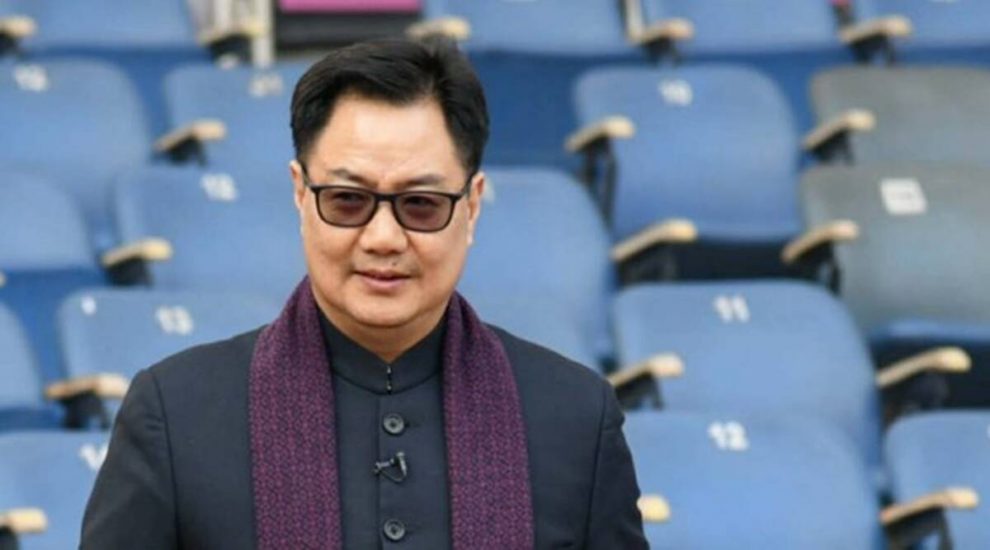 Gulmarg, Feb 27: Union Minister of State (MoS) for Youth welfare and sports Kiren Rijiju Saturday said that even though cricket is most popular in Kashmir but Centre is focusing on Olympic sports to so that J&K UT learn Olympic games and bag medals for the UT and make country proud.

“I am aware that cricket is famous in Kashmir, rather sub-continent. But our focus is to promote Olympic games and make Kashmiri youth learn various Olympic sports so that they excel and bag medals for the UT and make their country proud,” Rijiju told news agency in an exclusive interview at famous ski resort of Gulmarg in north Kashmir’s Baramulla district.

He said that Government of India is taking all steps to make Gulmarg as an international tourist destination. “Apart from Olympic sports, we will focus on adventure tourism. Sports and tourism is interlinked,” the MoS Sports said.

He said that J&K an extra ordinary UT where there is a huge potential.

“J&K is like Utrakhand, Arunachal Pradesh, Himachal Pradesh and Ladakh where there is huge potential,” said Rijiju, who arrived in Gulmarg on February 26 to witness inauguration of second phase of Khelo India International Games Festival.

Asked whether there are any plans to establish a state-of-art cricket stadium as there is only one—SK Cricket Stadium in Srinagar— where India has played West Indias in 80’s, the MoS Sports said that a state-of-art cricket stadium will come up in Udhampur soon. “Apart from that, we will be inaugurating water sports in the month of April,” Rijiju said. He said that “we need to look into something that is global in nature. That’s why I am saying focus will remain Olympic sports.” Asked whether J&K would host Indian Premier League cricket matches, he said the Youth and Sports ministry will recommend but the final call has to be taken by the BCCI.