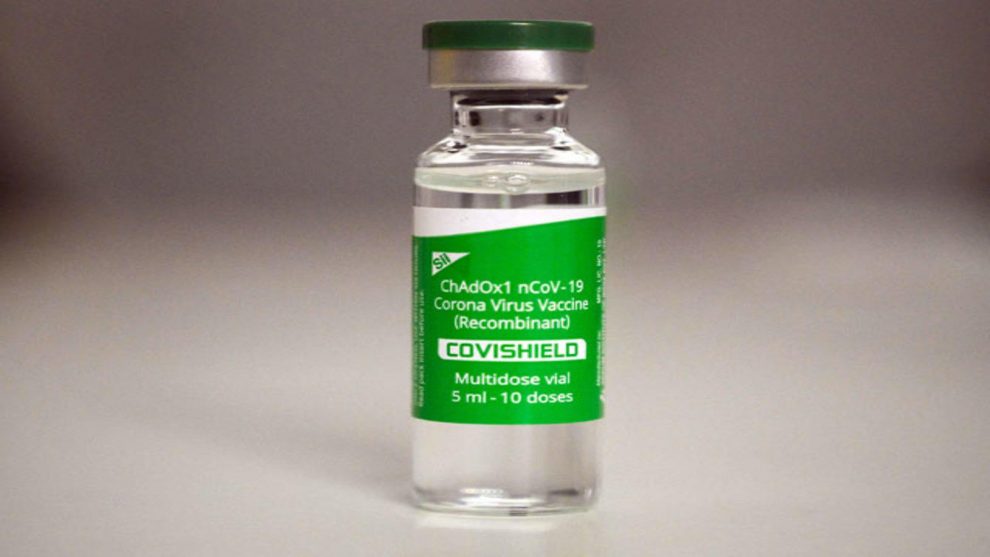 Discussions are underway whether India should revert to four or eight weeks interval for Covishield vaccine and the emerging evidence regarding efficacy of partial versus full immunisation is also being considered, chairman of India’s Covid-19 working group of NTAGI, Dr NK, Arora said.
He stressed that the decision to increase the gap between two doses of Covishield from 4-6 weeks to 12-16 weeks was based on scientific decision and there was no dissenting voice among the national technical advisory group on immunisation (NTAGI) members.
“Covid-19 and the vaccination are very dynamic. Tomorrow, if the vaccine platform tells us that a narrower interval is better for our people, even if the benefit is 5%-10%, the committee will take the decision on the basis of merit and its wisdom.On the other hand, if it turns out that the current decision is fine, we will continue with it,” Arora said.
The decision to increase the gap lay in the fundamental scientific reason regarding behaviour of adenovector vaccines, a health ministry statement quoted him as telling DD News.
In the last week of April, the data released by public health England, United Kingdom’s executive agency of the department of health, showed that vaccine efficacy varied between 65-88 per cent when interval is 12 weeks.
“This was the basis on which they overcame their epidemic outbreak due to the Alpha variant. The UK was able to come out of it because the interval they kept was 12 weeks. We also thought that this is a good idea, since there are fundamental scientific reasons to show that when interval is increased, adenovector vaccines give better response. Hence the decision was taken on May 13, to increase the interval to 12-16 weeks,” he said.
This also gives flexibility to the community, since everyone cannot come at precisely 12 weeks or so, he added.
“We have a very open and transparent system where decisions are taken on scientific basis. The Covid working group took that decision, with no dissenting voice. This issue was then discussed threadbare at an NTAGI meeting, again with no dissenting notes. The recommendation was that the vaccine interval has to be 12-16 weeks,” he said.
Dr Arora said the earlier decision of four weeks was based on the bridging trial data available then. He also cited that the increase in gap between two doses was based on studies that showed higher efficacy with increase in gap.
Initial studies on Covishield were very heterogeneous. Some countries like the UK went for a dose interval of 12 weeks when they introduced the vaccine in December 2020, he said.
“While we were privy to this data, when we had to decide our interval, we went for four weeks interval based on our bridging trial data which showed good immune response. Later we came across additional scientific and laboratory data, based on which after six weeks or so, we felt we should increase the interval from four weeks to eight weeks, since studies showed that vaccine efficacy is about 57 per cent when it is four weeks and about 60% when it is eight weeks,” he said.
On why the NTAGI did not increase the gap earlier to 12 weeks, he said, “We decided we should wait for ground-level data from the UK (the other biggest user of AstraZeneca vaccine).”
He also said that there were other examples like Canada, Sri Lanka and few other countries which are using 12-16 weeks interval for AstraZeneca vaccine which is the same as Covishield vaccine, the statement said.
On the protection from single dose versus two doses, Dr Arora explained how emerging evidence and reports regarding efficacy of partial versus full immunization were being considered by NTAGI.
“Two-three days after we took the decision to increase the dosage interval, there were reports from UK that single dose of AstraZeneca vaccine gives only 33 per cent protection and two doses give about 60 per cent protection; discussion has been going on since mid-May whether India should revert to four or eight weeks,” he said.
He also said that it was decided to establish a tracking platform to assess the impact of the vaccination programme.
“When NTAGI took this decision, we also decided that India will establish a vaccine tracking platform – to assess not only the impact of vaccination programme, but also type of vaccine and interval between doses, and what happens when someone is fully/ partially immunized. This is very important in India since around 17-18 crore people have received only one dose, while around 4 crore people have received two doses,” he said.
Dr Arora referred to a study by PGI Chandigarh which compared effectiveness of partial versus full immnunisation.
A PGI Chandigarh study very clearly shows that vaccine effectiveness was 75 per cent for both partially immunised and fully immunized. So at least in the short run, effectiveness was similar whether you are partially or fully vaccinated. This was in relation to the Alpha variant which had swept Punjab, Northern India and came to Delhi. This also meant that even if you received only one dose, still you are protected.”
Results from the CMC Vellore study are similar, he says.
“Few days back, another very important study by CMC Vellore, Tamil Nadu which covers most of the current epidemic wave India experienced in April and May, 2021 shows that if somebody is partially immunised, vaccine effectiveness of Covishield is 61% and with two doses, the effectiveness is 65% – and there is very little difference, especially since there is some degree of uncertainty involved in these calculations,” he said.
Dr Arora said that besides PGI and CMC Vellore studies, two other studies are coming up from two different organizations within Delhi.
“And both these studies show that breakthrough infection with one dose is around 4 per cent, and around 5 per cent with two doses, basically hardly any difference. And the other study shows that 1.5- 2 per cent breakthrough infections,” he said.
Data from various sources will be integrated to assess and report on impact of various aspects of the vaccination programme, he said.